A Russian tallship inspired by Peter the Great fired its cannon as it sailed past the Medway Messenger headquarters this week. 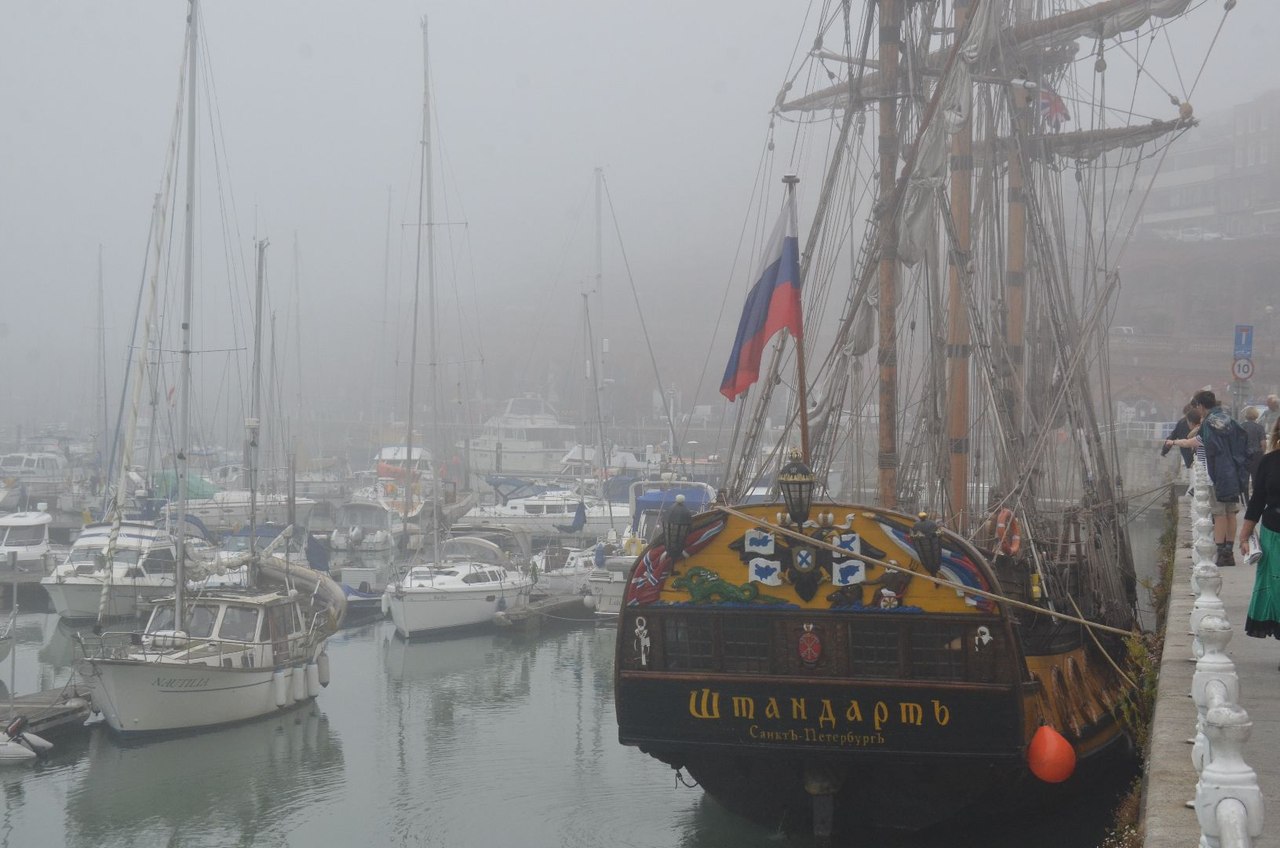 The frigate Shtandart arrived in Medway and is a full-size replica of a warship which was the first vessel of the Russian Baltic fleet.

During the afternoon it took at trip along the river and as it passed Medway House, on Medway City Estate, the captain fired its cannon in a salute. The vessel will be berthed at Chatham Maritime on her way from Southend to Ramsgate.

The ship was built in St Petersburg and launched in 1999.

Construction of the original was personally directed by Peter the Great following his visits to study shipbuilding at British Royal dockyards in the 1690s. The original ship was launched in 1703.

Soon after her launch, and as Peter’s flagship, the Shtandart took part in the Northern Wars but in 1719 Peter ordered she was to be “preserved forever as a monument to the art of shipbuilding”.

However, following the death of Peter the ship deteriorated and by 1728 had become derelict and was broken up. At the time, Peter’s widow Catherine ordered that a replica be built – but this didn’t happen until nearly 300 years later. 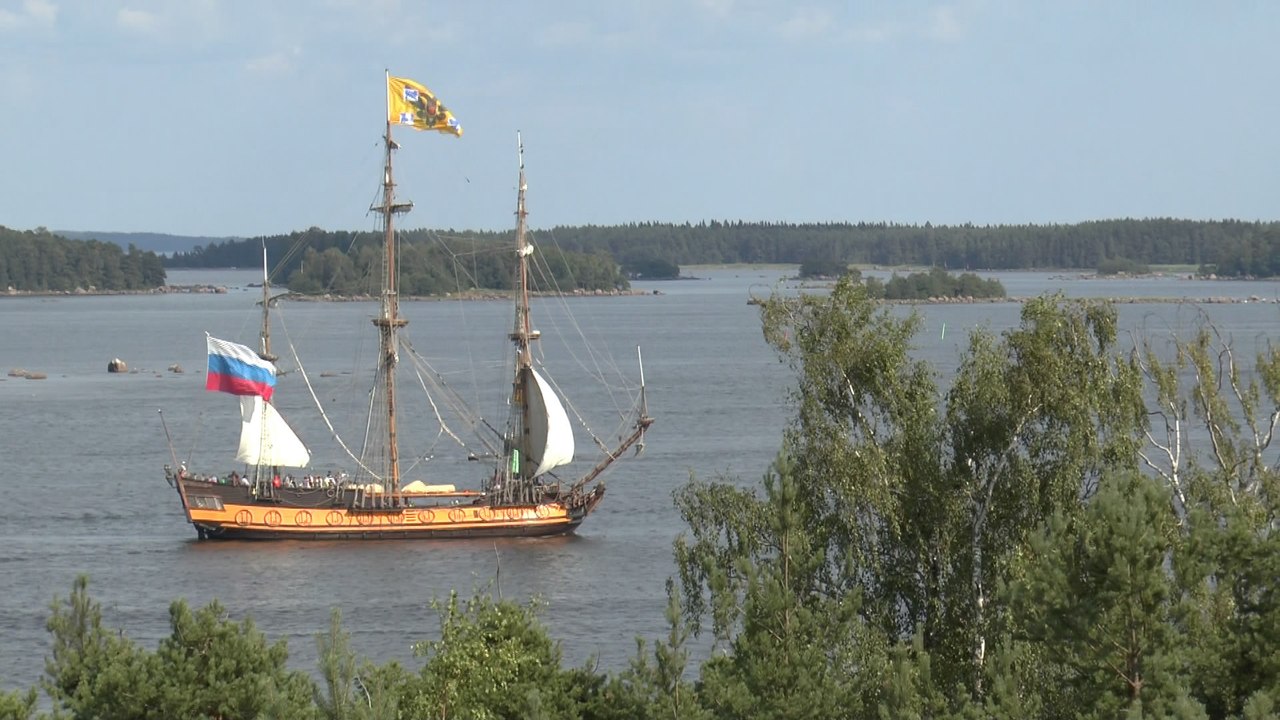 The new vessel, built from the original plans, has become a firm favourite at maritime festivals around Europe. It was recently used in the shooting of a new Hollywood blockbuster, The Admiral, starring Charles Dance.

The Shtandart organisation is involved with an international maritime heritage project and their captain is meeting with potential UK partners whilst the ship will be open to the public at Southend and Ramsgate.

It was hoped that Shtandart could berth at the newly refurbished Chatham Sun Pier during her stay in Medway and be open to the public, but this was not possible.

So the ship is using a private berth and the public will not be able to go on board. 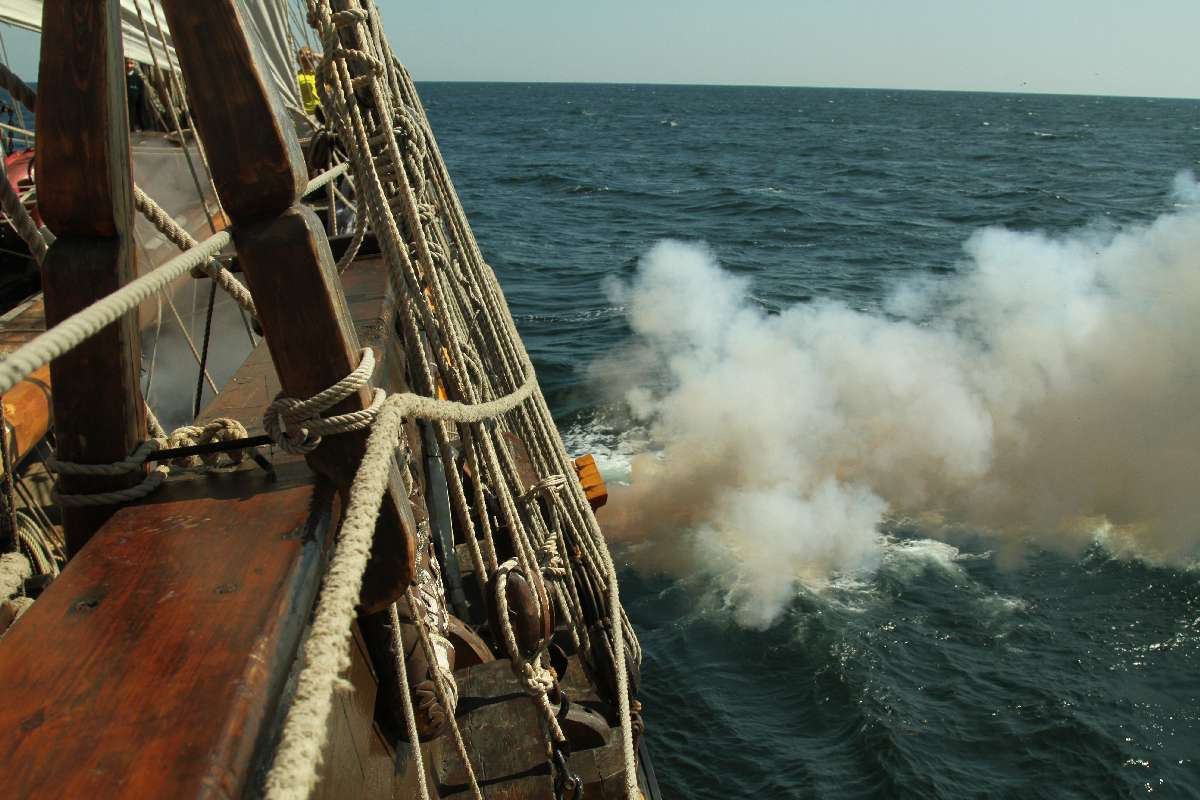 There the captain gave people the opportunity to see the ship under sail during Monday afternoon after it arrived at Chatham Reach at about 3pm.

She then sailed past Chatham Riverside before proceeding upriver to Rochester Bridge, before returning downriver.

As the vessel passed the Medway Messenger building it fired its cannon on the way up river and again when it sailed back down.

The Shtandart also offers opportunities to experience life afloat as a trainee crew member – helping to sail the ship with a choice of hammock or bunk for sleeping.