After anchoring in Santander, the team of Shtandart went to San Sebastian, a welcoming town in the Basque Country known for its film festival (one of the oldest and most prestigious in Europe) and ... an extremely ambitious project to reconstruct the 16th-century whaling ship Juan. 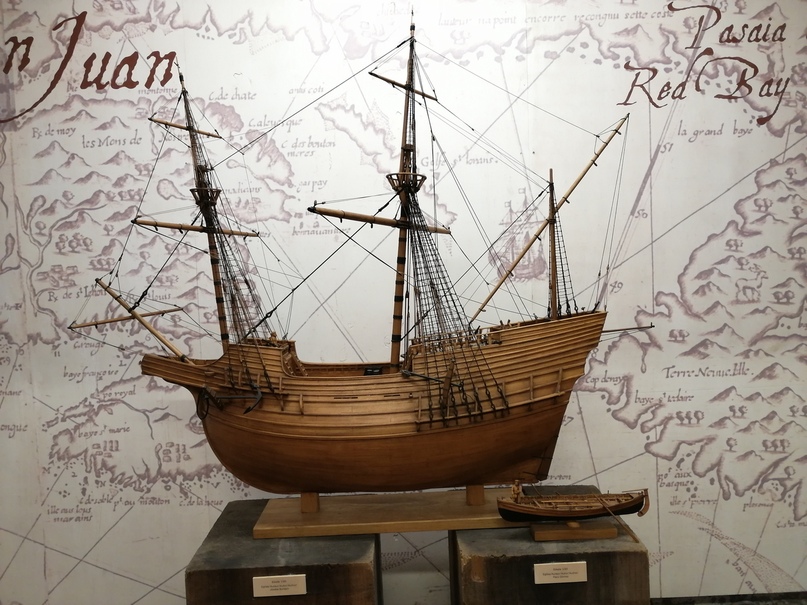 In the mid-1970s, Selma Huxley, a Canadian historian, took interest in the fate of the Basque whaling ship San Juan. Despite the fact that the Basques were the most skilled whalers of Europe in the 16th century, modern scientists have very little information about their life and technical achievements. Courageous sailors hunted whales in the waters of the Bay of Biscay, but at one point, they crossed the Atlantic Ocean and established contacts with the aboriginal inhabitants of the island of Newfoundland. They were skilled whalers of their time and, even a hundred years later, all European fishers learned this art from the Basques. 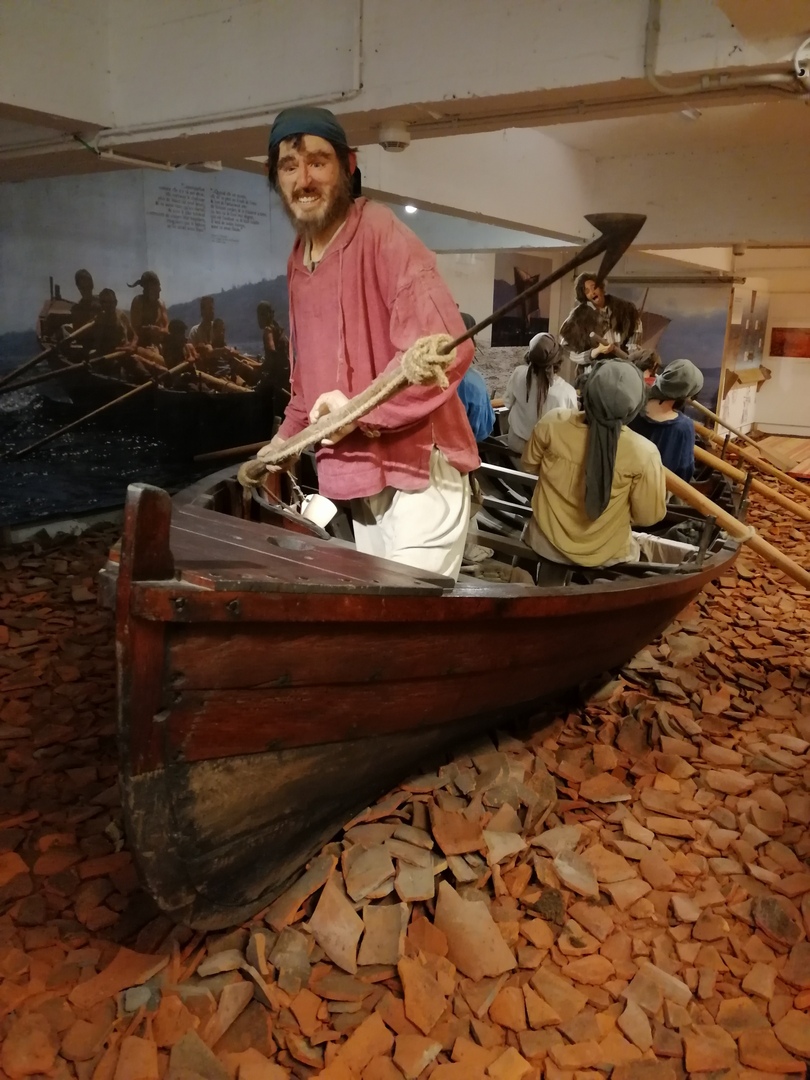 Selma Huxley's research has made the fate of the ship San Juan known. A well-equipped whaling ship set sail to North America in 1563 and, after a successful fishing season, sank under questionable circumstances off the coast of Newfoundland. The Canadian researcher examined all available archival documents and identified the exact location of the shipwreck. In 1978, the wreckage of the whaling ship was discovered and a group of enthusiasts from different countries began archeological excavations at a depth of 12 meters.
This expedition in the field of underwater archaeology is considered to be a professional example. 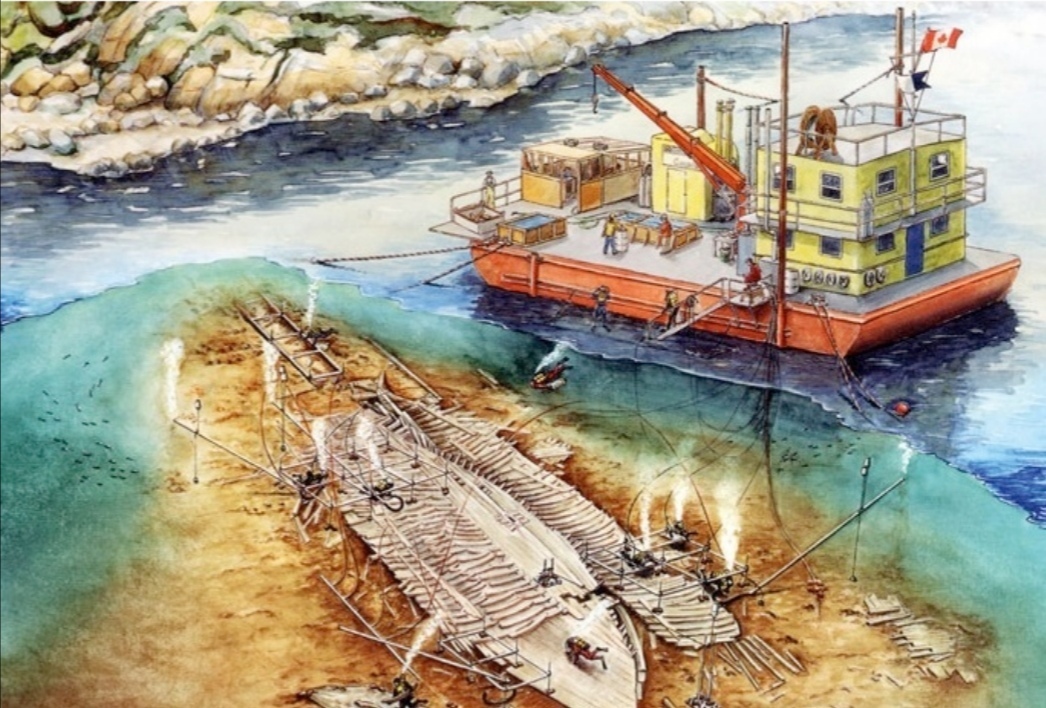 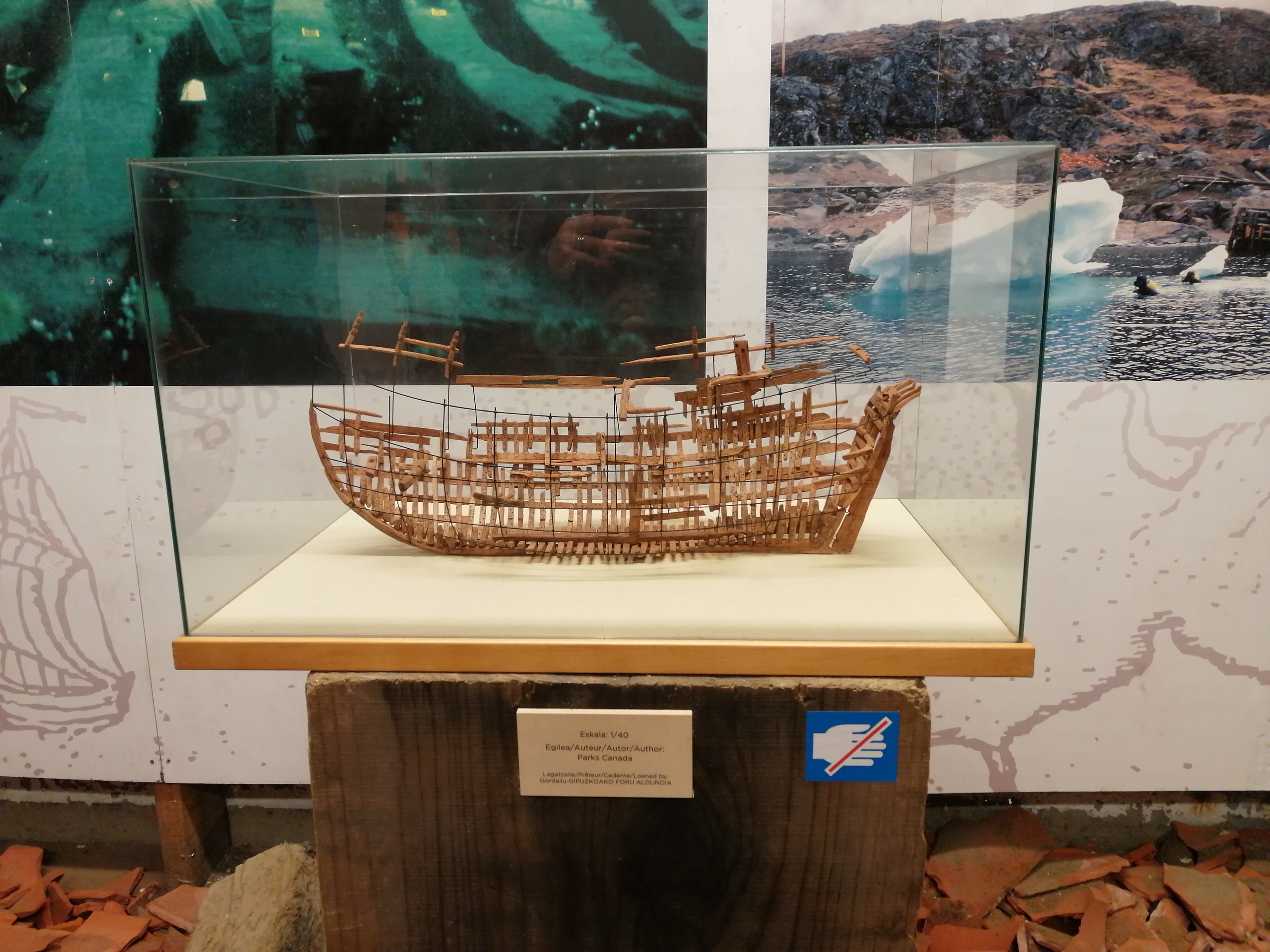 The result of 30 years of research was the creation of the Albaola Itsas Kultur Faktoria Foundation. The ambitious goal of the foundation is to construct a replica of the legendary Basque whaling ship. The modern San Juan’s keel was made in 2014, and now it has three decks installed and the works on skinning shipboards began. The founders are planning to launch the ship in 2020.
The chief of the carpenter’s school at the shipyard, Miguel, met our crew. When he met the group, he kindly tried to shake everyone’s hands and got to know the name, and apologized in advance if he forgets or confuses unusual names of foreigners during the tour.
We visited the museum and and then got into the holy of holies - the shipyard, inaccessible to ordinary visitors (more than 60 thousand people a year) - where the work on the construction of San Juan is humming. The tour of the ship was conducted by Javier Agote, President of the Albaola Foundation. 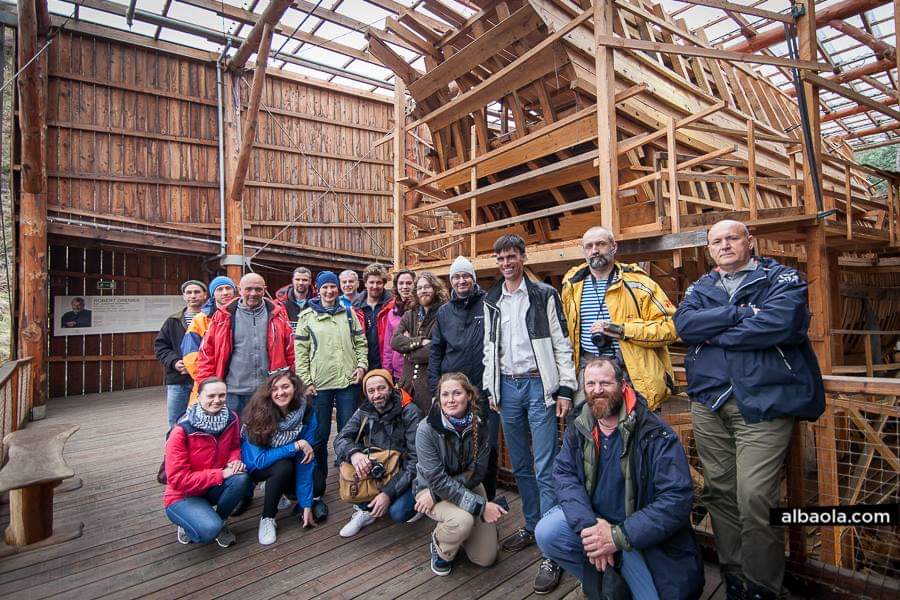 “The reconstructed San Juan must retrace the path of its prototype. And, of course, return to the home ” said Miguel with a smile. It's safe to believe that the ship will be accompanied by good luck - in such caring hands of enthusiasts.
After the tour, we talked to Javier about the plans of Shtandart, about opportunities to exchange experiences, and we exchanged parting souvenirs. 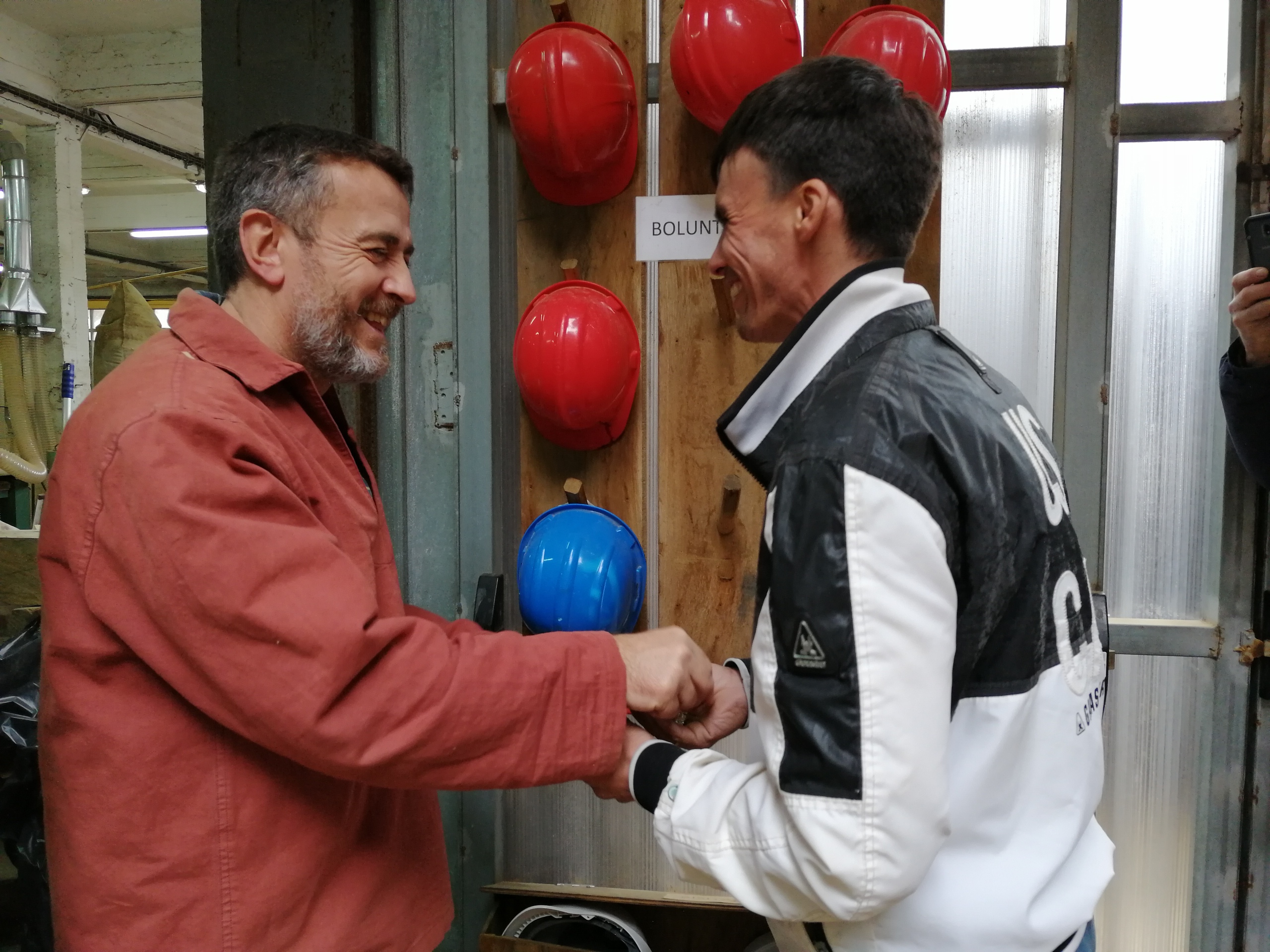 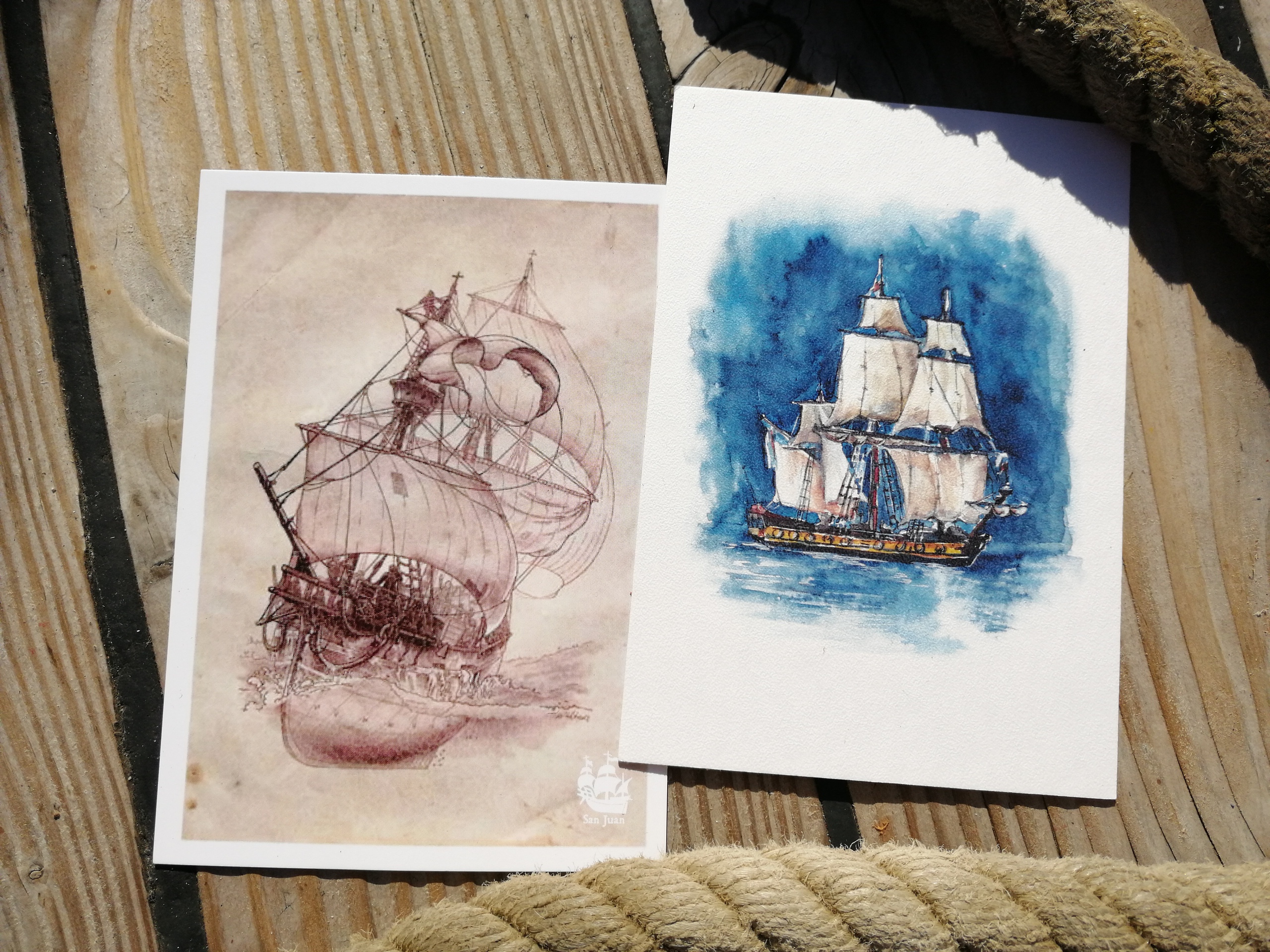 The current crew was impressed with this trip.
“Impossible not to mention the fact that these people want to preserve their unique history...” (Vladimir from the mainsail watch)
“Did you see Miguel's eyes glowing when he told us about San Juan? They are fanatics - in the best sense of the word! (Dmitry from the mainsail watch)
“The remarkable thing for me is that they want to recreate that sail, but with a happy end...”
(Alexey from the foresail watch)
Do these enthusiastic Basques remind you of anyone, friends? 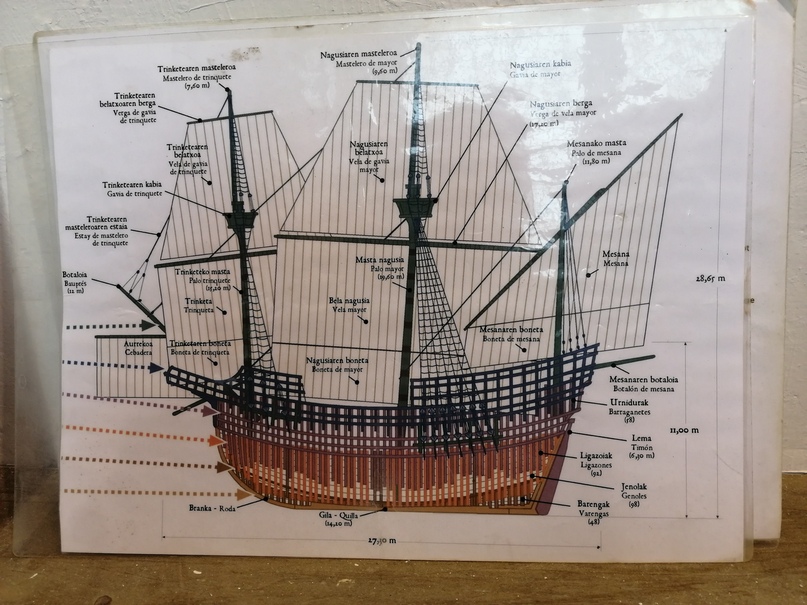