Sailing from Tarragona to Naples. After several days of struggling with speeds, we decided to call at Minorca.
It was incredibly calm, when we left Tarragona. Warm, sunny, almost no waves. 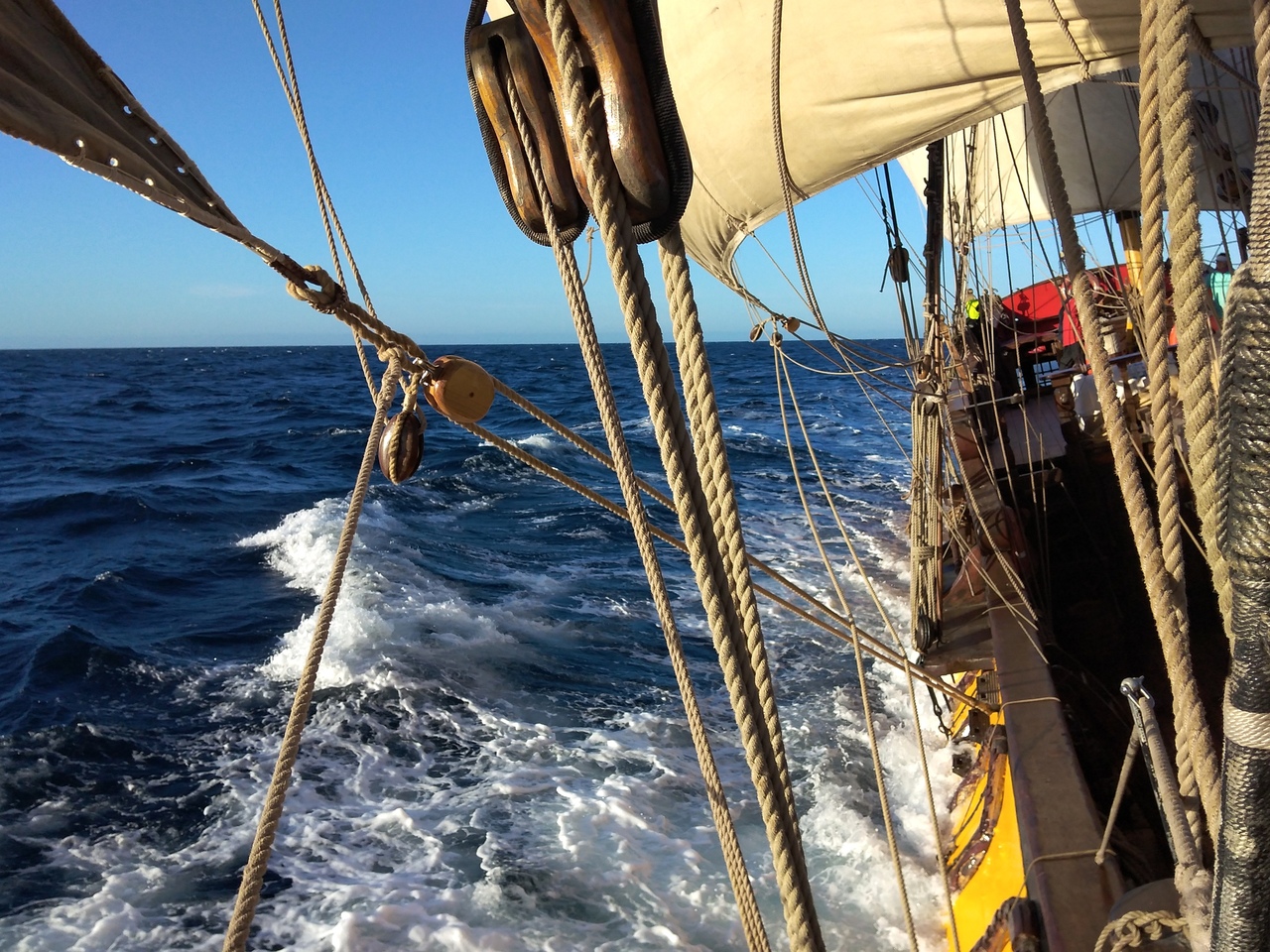 For those who sailed for the first time it was like a resort, even more so for the permanent crew. It is good to record every day in short notes:

«First days. We served ropes and scraped. Due to good weather, we could put the sheer batten and the main deck into order. Our path is not long, but thorny. Constant changes of sails settings due to a variable wind, and plain struggle to increase our speed for each one tenth of a nautical knot. The crew is not big, everyone works easily and in a well-coordinated way. We did not hold proper masterclass and explain what to do yet, but everyone already learned everything by practice!

At a speed of 0.5 kt we sailed alongside the Sitget coastline, and around midnight we watched fireworks. Probably in our honour. How could it be otherwise…» 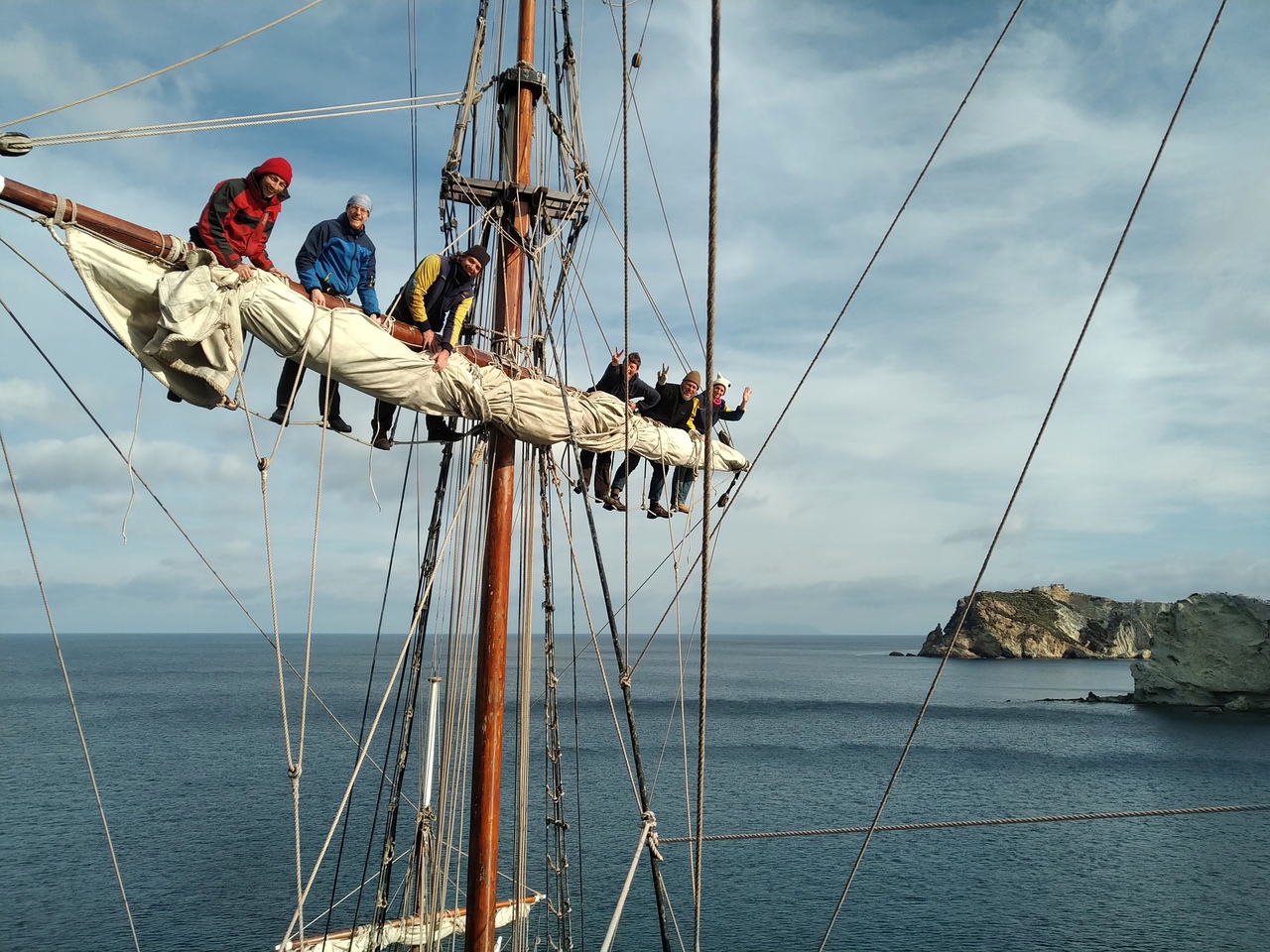 «Lo and behold, in the morning of the third day we no longer saw Barcelona and gathered speed of 3.8 kt. Sails rush continues.

The speed goes down. Fast and inevitably. However, it never fell to a zero point. We did our best! :) »

«The third night. We observe the light path on the water from the Venus. There emerged a chain of satellites behind the Venus. More than a dozen of them within 15 minutes… It is unusual for the star map to be so unstable.»

«The fourth day. We keep on. We scrape the deck and do turns. 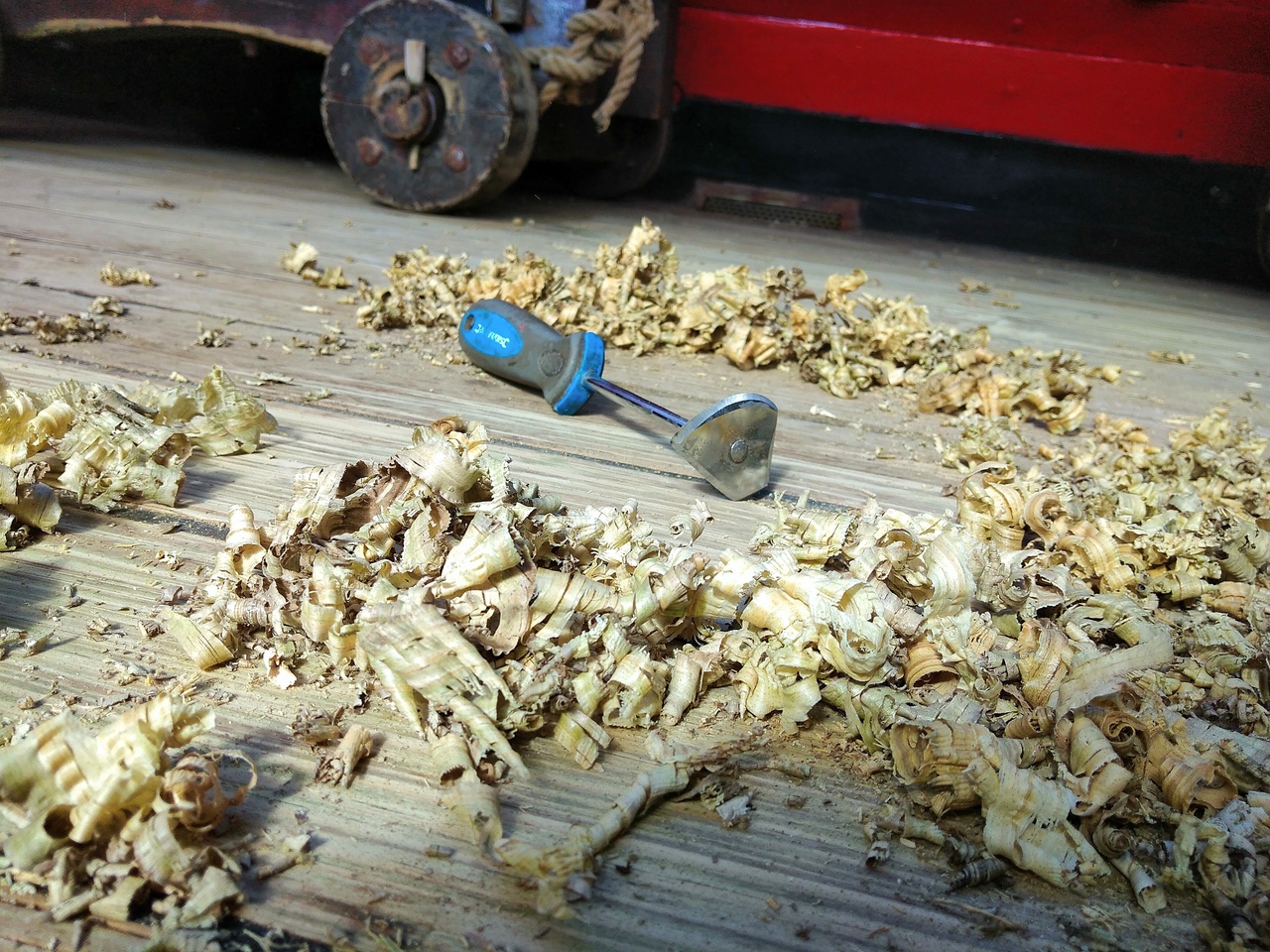 You cannot help thinking that it would be good to take a shower. It motivates you to do turns more often and wisely, without improvised tacks. There are 20 more miles ahead to the port, and it has never seemed so far. But since we decided to manage this distance only with sails, we will do so. After the sunset, we called at Ciutadella de Menorca. We plan to stay until the afternoon. We are still many more miles away from dear Naples! » 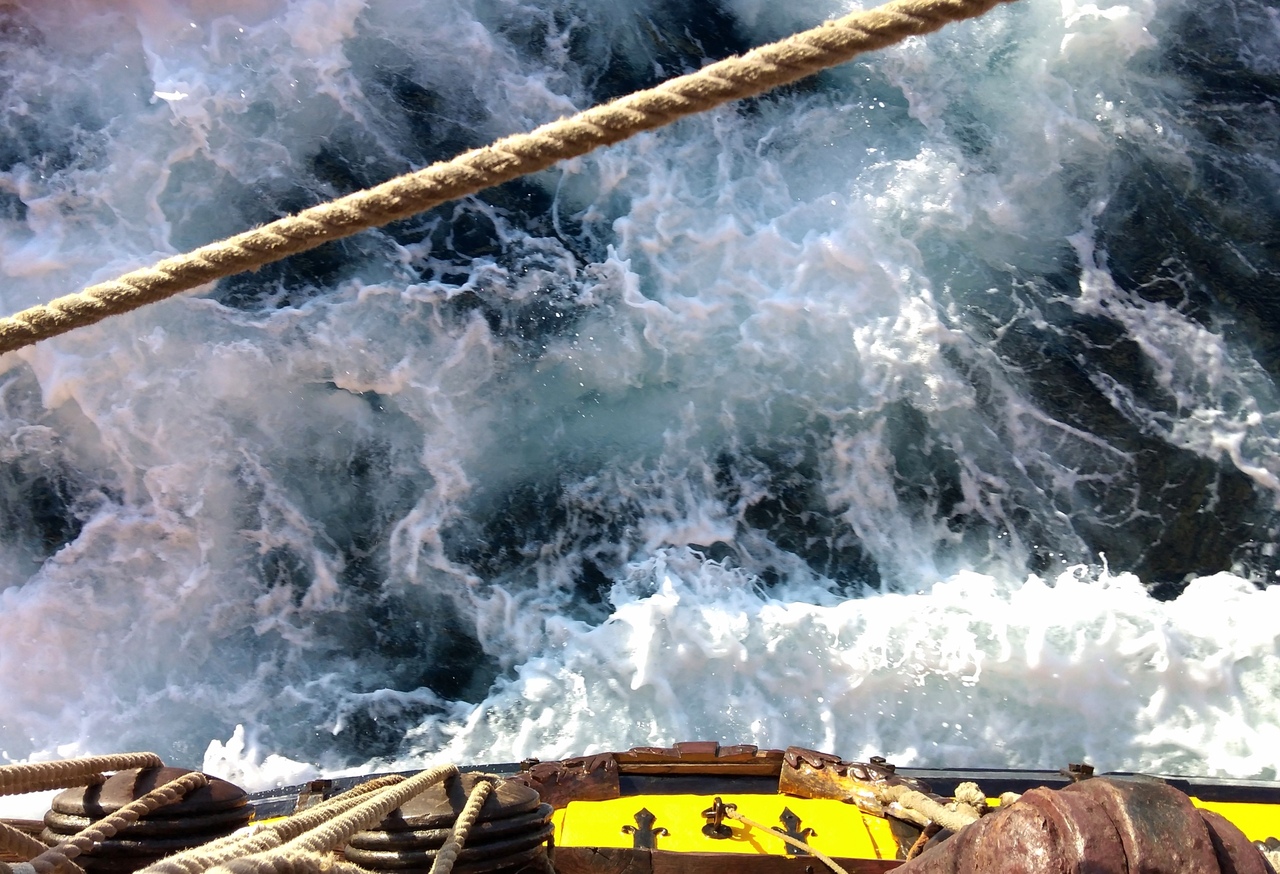 As the tradition demands, when we saw a narrow shallow place on the map, where not every ship would be able to sail, we decided that we must go there. Therefore, at dawn we observed buildings on the small islands shores near Sardinia. 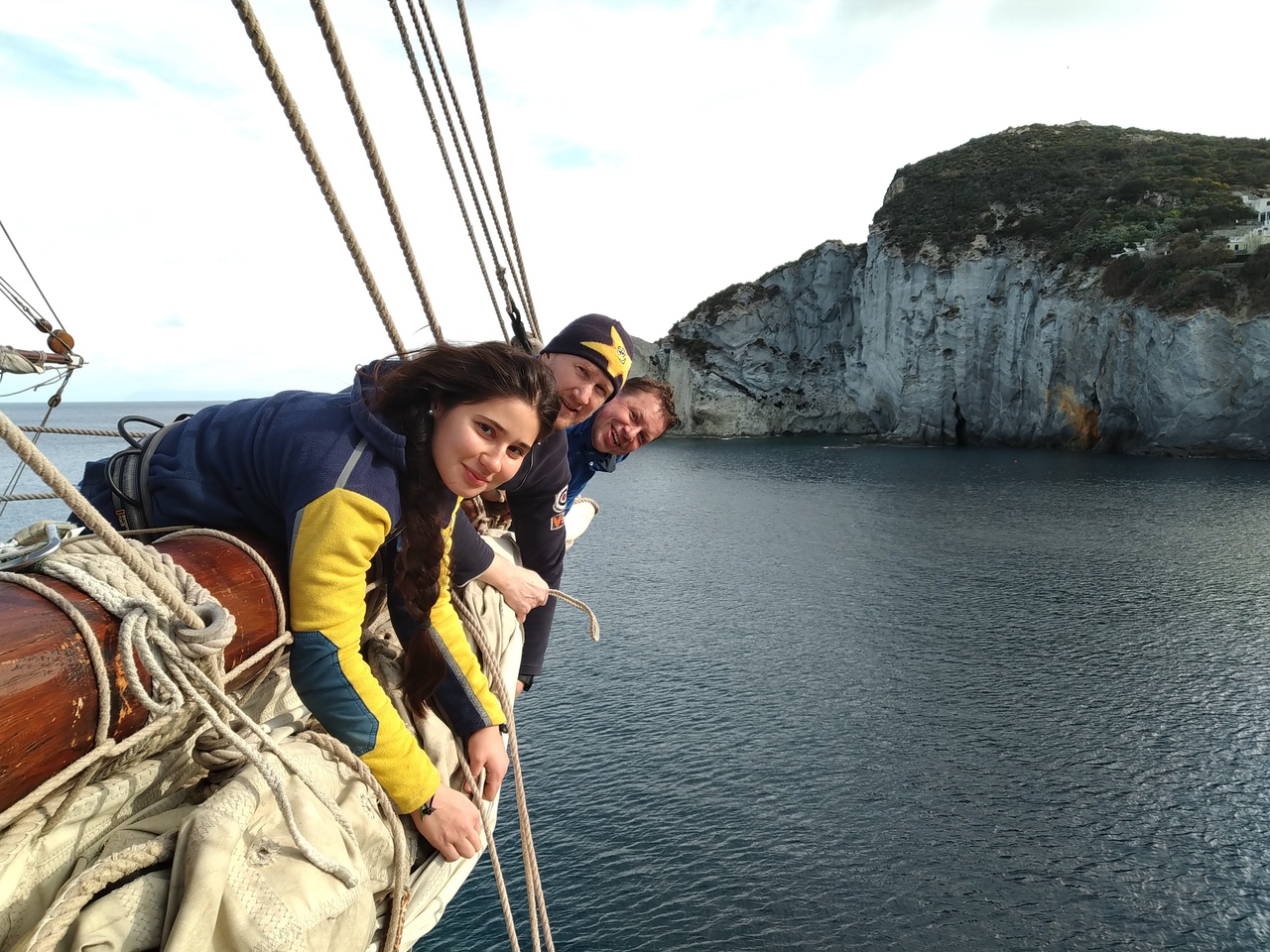 Water was super clean, and due to a non-uniform ground, it looked not like just spots, but like a mix of different shades of water! A stunning effect. We liked it so much that decided to leave there something, in order to come back. We did not have many options, so we just left sailor Ekaterina on the shore and sailed further. 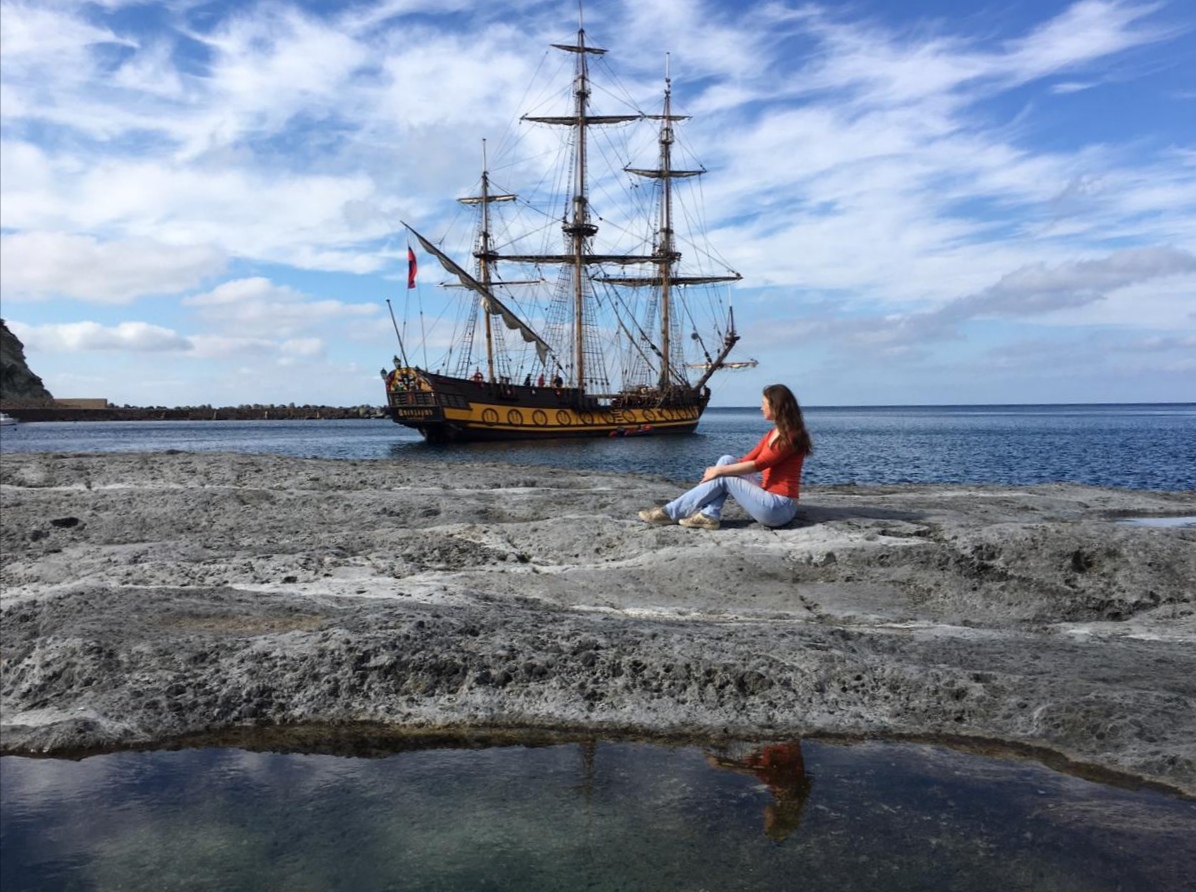 We dropped the anchor near the Ponza Island. We sent most of the crew members to stamp on the grass and to admire local landscapes. They say that while they walked around the island, we received a disturbing message saying that we ran out of carrots on the ship and we need to save the day as soon as possible! However, several minutes later, in this secluded area we came across a car from which they sold vegetables. As usual, no sooner did we think of anything, than it immediately emerges out of nowhere :) Dinner was saved; there are no words, which could describe the pilaf we had!