Shtandart is up for a fascinating trip from the port of Cascais, the suburb of Lisbon, to the Galician city of Vigo in the beginning of May. The weather on the Portuguese coast will be most suitable for sunbathing by the helm and spending most of your time on deck studying the sails. 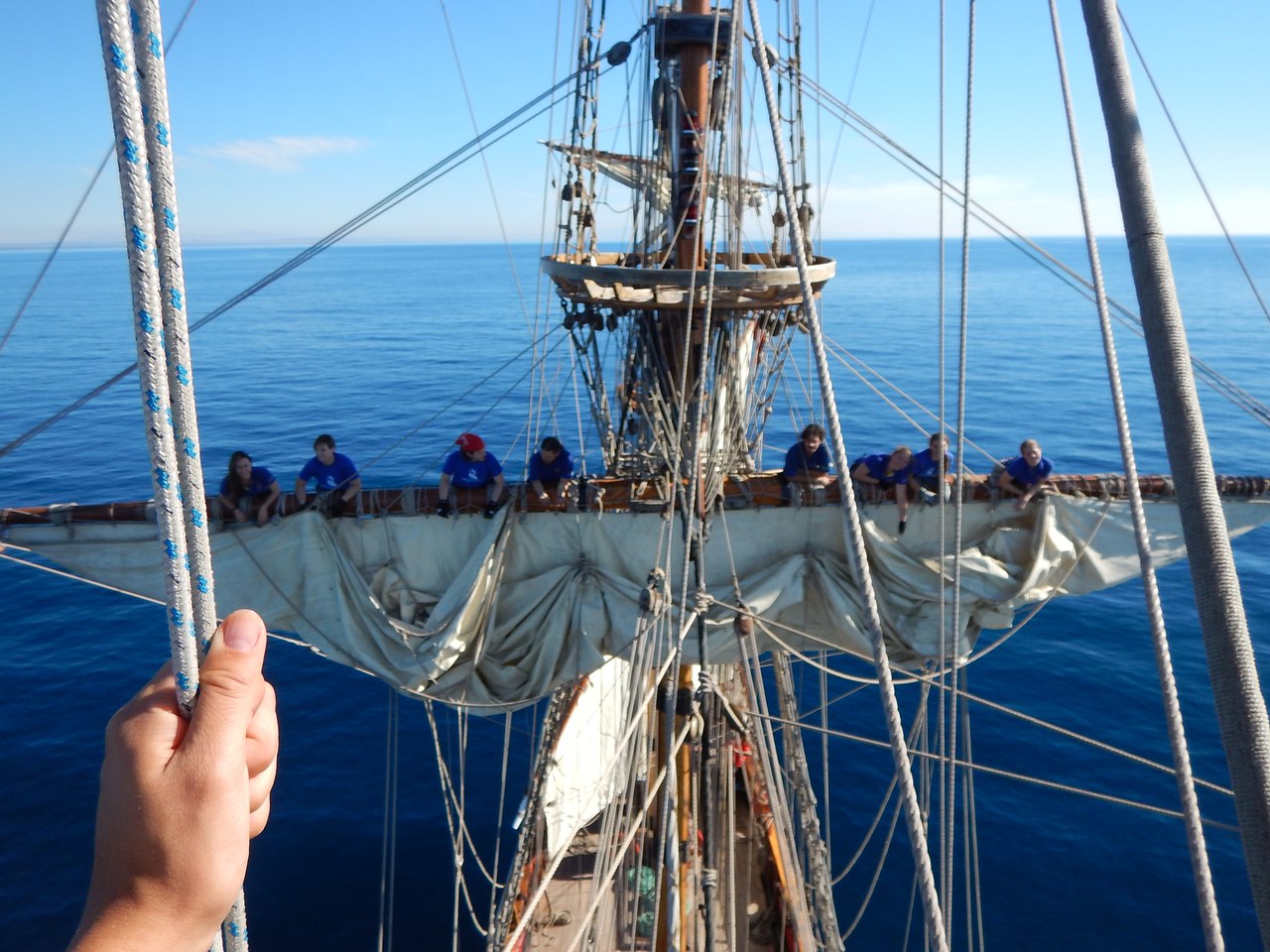 The experienced professional crew and the Captain will tell you about the history of the frigate and how it works. They’ll teach you to read the lighthouse signals and distinguish the buoys, avoid the dangerous ledges and brace the yards, tack and get through the galley watches. But don’t worry even if you never cooked before, nobody’s going to leave you alone with pots and pans and cooking for thirty people is quite an experience on its own. This is a good leg for those who want to be a deckhand and to get acquainted with the ship. For those who prefer a scale 7 swell and frequent “all hand on deck” to quieter inner sea trips with very basic seamanship. 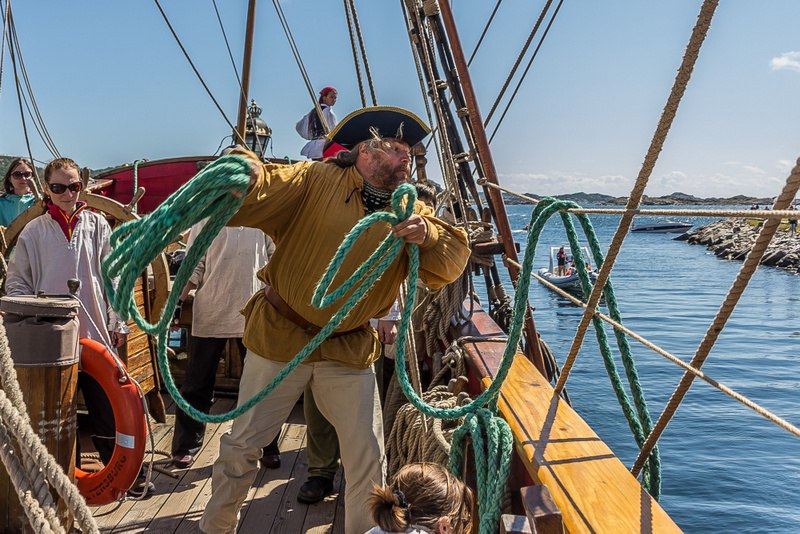 After going around Cape Carvoeiro, the Westernmost point of Europe in Peniche, Portugal, we’ll try to catch some good weather and anchor up by the Berlenga Archipelago. This picturesque place is a Natural Reserve and attracts both tourists and scientists by a great variety of wildlife, especially seabirds. Then we’ll continue further North and depending on weather and crew whims and wishes might stop by Porto. For instance, to top up the strategic supplies of Porto aboard.

Tied up dockside in Vigo, we’ll take a walk to the old fortress of the Castro, take a look at the ancient churches and climb to the very top of the hill to the Nosa Señora da Guía Shrine to see the whole city and Shtandart from above. 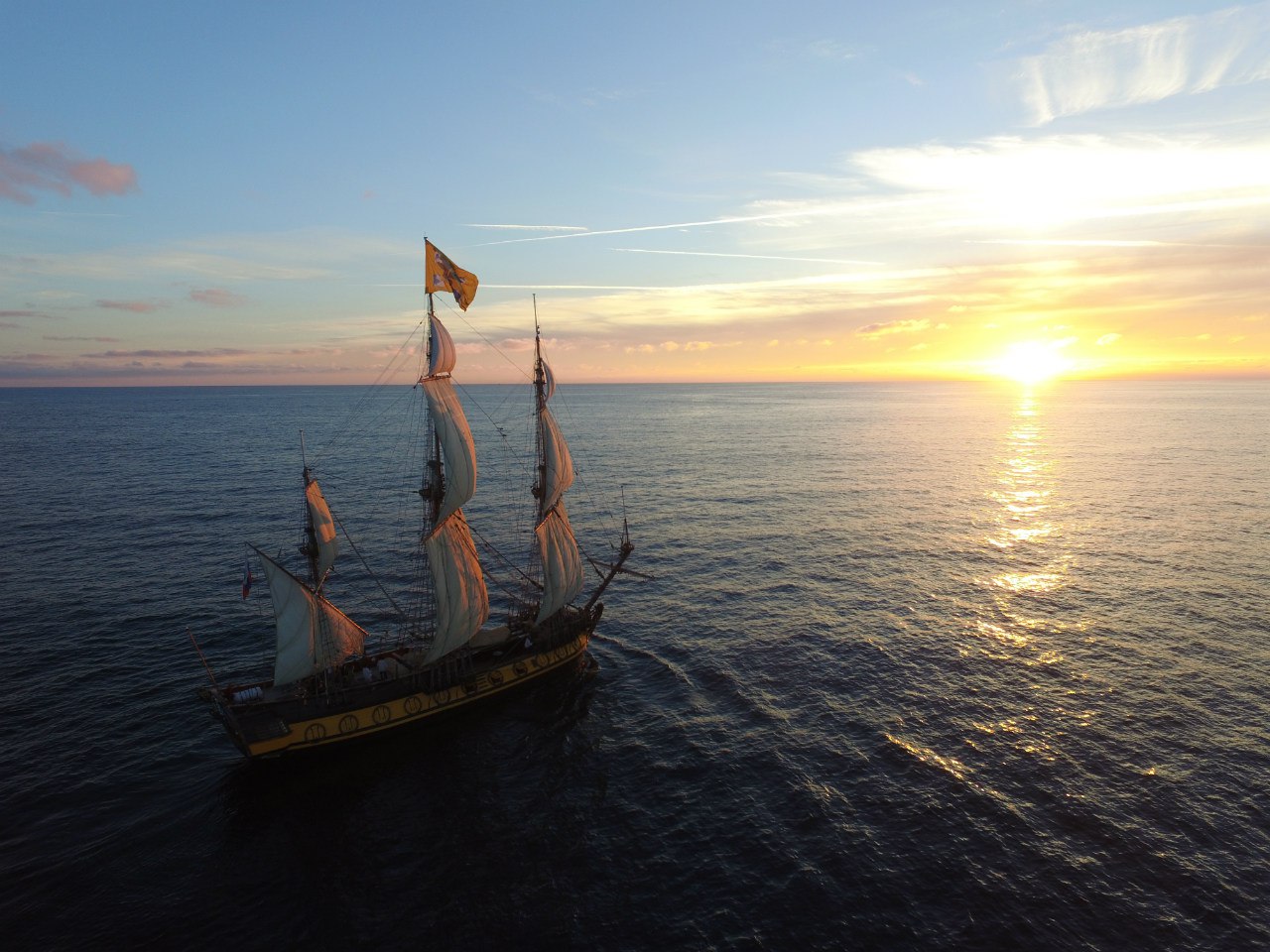