Solitary sailing? Hidden coves and calm seas? No more! We’re about to take a lane in the heavy traffic of the English Channel. Along with heavy tankers, white passenger cruisers and fishing vessels. It’s going to get colder too. The night watchmen would have to bundle up, hunch up their shoulders and drink a double measure of hot tea in the quiet midnight galley: we’re entering the North Sea in the Fall. Leaving the locks behind we’ll rest in familiar protected Netherlands’ waters. 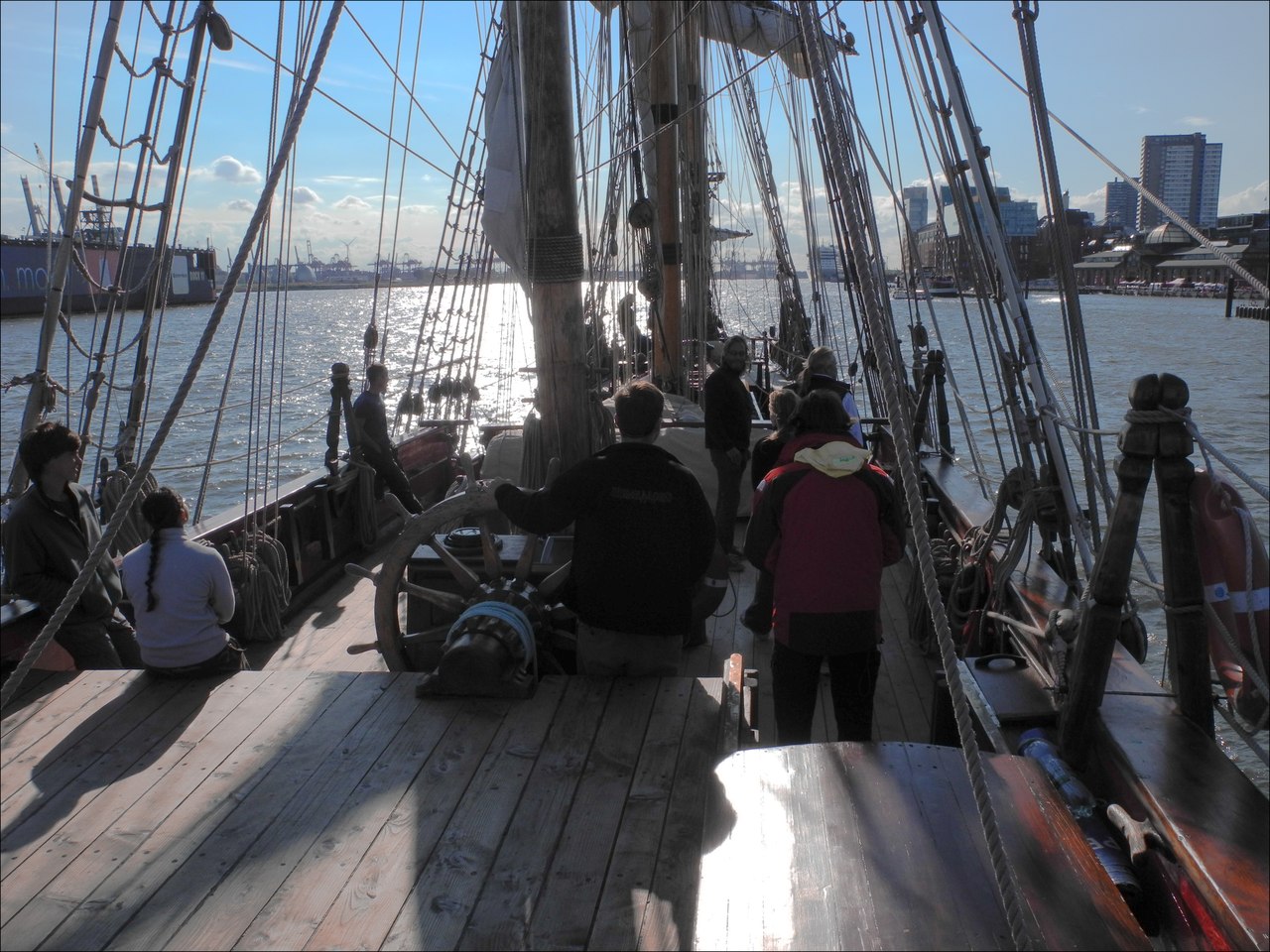 The Sainte-Catherine de Honfleur church will see us off when we leave the colorful Honfleur harbor made famous by so many known artists. The church will be sad, it wanted to be a ship too (built in 15th century by the local shipwrights). We’ll leave her behind, and plot a course to the Strait of Dover, the narrowest part of the English Channel. This is your prime time if you like precise calculations. We need to know the exact time of the high tide, so that we can smoothly ride the current into the strait rather then beat it.

From the strait we’ll enter the North Sea. The weather is going to become cranky, but, conditions permitting, we’ll take a short stop at Ostend. “Good plunder for the hearty crew”, - smiles the Captain, thus allowing the crew to go ashore.

Then it’s Netherlands waters. Our familiar playground (or playwaters for that matter). Traditional first port of call: Vlissingen, and then we’ll decide whether to go left or right. That is sailing the open North Sea, wide and spacious, or taking a tight hug from of the narrow inland channels.

If it’s the latter, within a striking distance we’ll see colorful streets, houses and Netherlands inhabitants, running after us amazed at the real authentic frigate under sail. They’d wave hands and smile at us, and we’d do the same. We’ll go through locks and drawbridges, opening for us to let us into the very heart of Rotterdam. After the Ijmuiden lock in the North Sea Canal, we’ll dock in Zaandam, the Amsterdam suburb, much loved by Peter The Great. 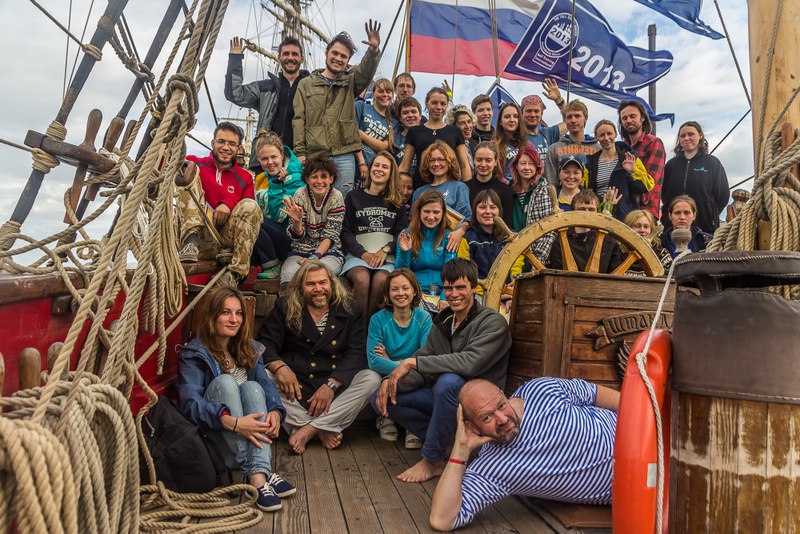 The lively English Channel is an ideal spot to learn modern navigation. We’ll study the rules of the road, and how to use the sea lanes. We’ll practice vessel light recognition to figure out whether we’re seeing a cargo vessel or a fishing vessel trolling.

In the same way we don’t carry freeloaders and we don’t do theory without practice. So after grasping the dry theory of radio communication every deckhand will have a chance to hear the way it works in the real world: from French and English-speaking dispatchers to Filipino watch-assistants. VHF short range radio operator hands-on course is a perfect match for this particular leg.

By train from Paris, from the Saint-Lazare railway hub to Deauville/Trouville, Lisieux or Pont-l’Evêque stations. The Bus Verts du Calvados #20 or #50 from there to Honfleur for a total of a 3-4 hour trip.

Getting out of Amsterdam:

- By plane from the Amsterdam Airport Schiphol

- By bus to other European cities Schedules and tickets: ,  (for the intra-European trips)