Sum and substance
The English Channel and the Strait of Dover are an important seaway and an eternal Apple of Discord for Britain and France. Here you can hear the traffic dispatchers blabbering on the radio at warp speed, see running lights of all sorts of ships from all views, ride the tidal currents and, of course, take endless sightseeing strolls in French and – further down the road – Flemish region towns.

Sail training
We'll concentrate on a «driving a historical tall ship in a swarm of modern ones» course. If we get extra lucky and there“s going to be fog, we'll learn a lot about fog signals of different ships, reading the radar information and making sense out of radiocommunications. Night passages will reveal different lights on ships and navigational aids. 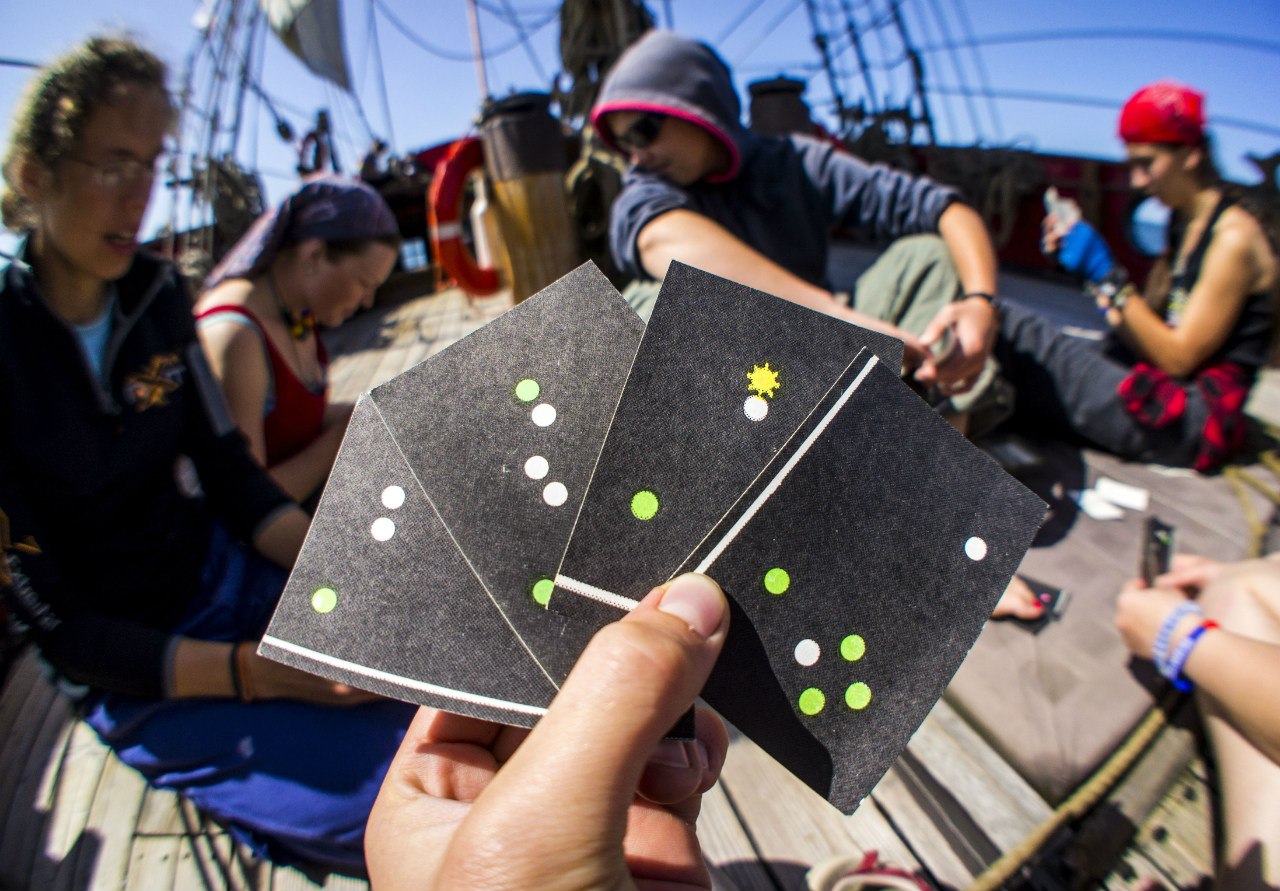 Itinerary
Outbound from Saint-Malo we'll pass by two British islands Guernsey and Jersey, enter the English Channel. Depending on the forecast, we might stop by Cherbourg-Octeville, Dieppe, Boulogne-sur-Mer. Then we'll pass the narrowest part of the English channel. The Strait of Dover in English or Pas de Calais from the French point of view. Here we'll have to maneuvre among endless fields of windmills sticking right out of the water and leave on our starboard– or maybe make a short stop at - Calais and Dunkirk. North of Dunkirk is the endpoint of our journey: Ostend, Belgium.

The cherry on top of this leg is the tall ship festival in Ostend. We'll meet other ships and boats, participate in a Parade of Sail, salute with cannon fire and watch the city fireworks. As always we'll be at the center of the festive events. Ostend is a fascinating place too.

Ostend – the largest Belgian resort on the North Sea coast. The local beaches are extremely wide and make for wonderful walkways. The name of the city comes from the fact that it was  originally built on the West (oost in Dutch) end (einde in Dutch) of Testerep island, that later became a part of mainland because of the levels of the North Sea going down.