We continue our adventures in Canary Islands! We have already explored martian landscapes of Lansarotte Island and the famous volcano Teide on Tenerife. We’ve visited the largest city of Las Palmas and celebrated New Year on La Gomera. 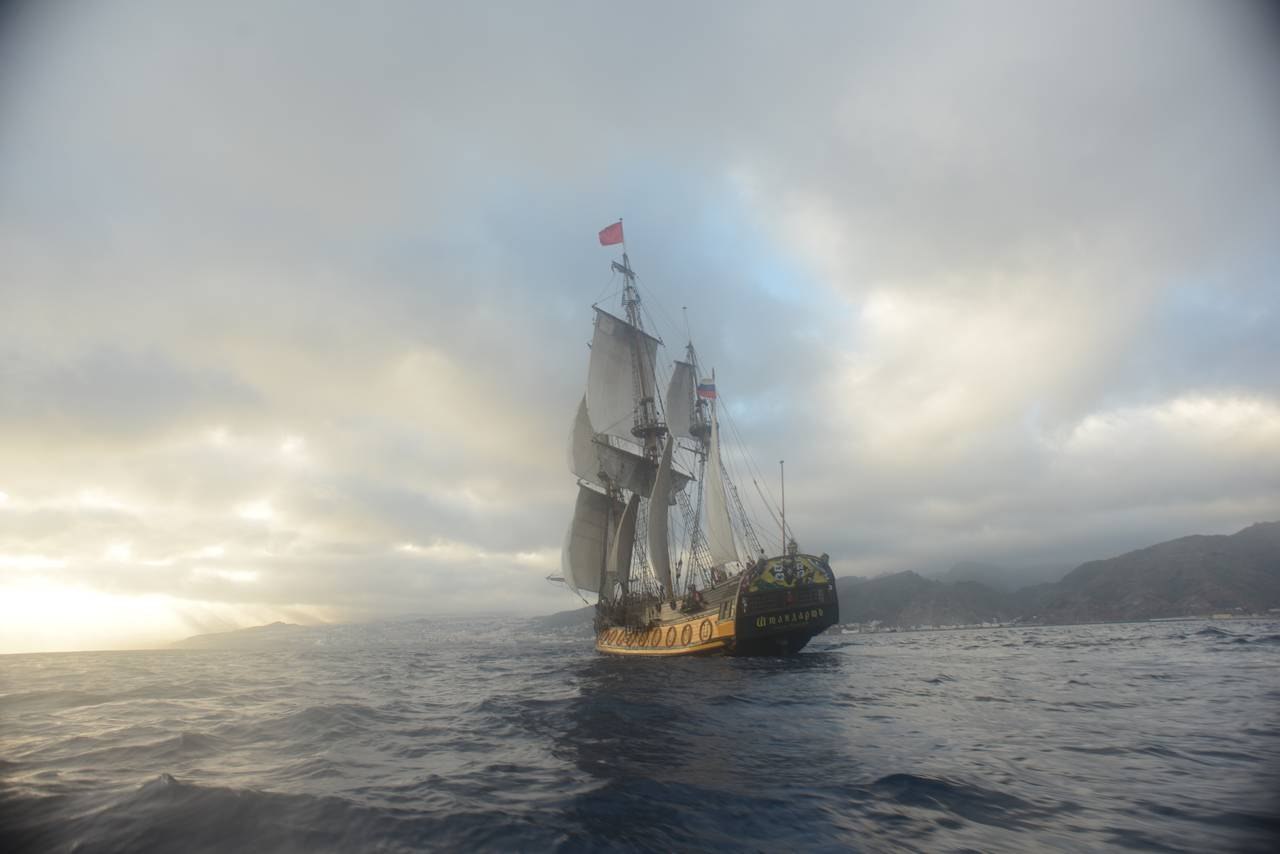 There are about three hundred volcanoes on Lansarotte. Several centuries ago these volcanoes turned a large part of the island into a lifeless desert. Now there is a National Park: tourists are allowed to leave their buses only near the special platforms, also it is strictly forbidden to take away stones from the volcano. Some of volcanoes are still active: you may put some dry grass into the volcano throat and see that it starts to burn. Some members of our team didn’t miss the chance to light a cigarette with the volcano. 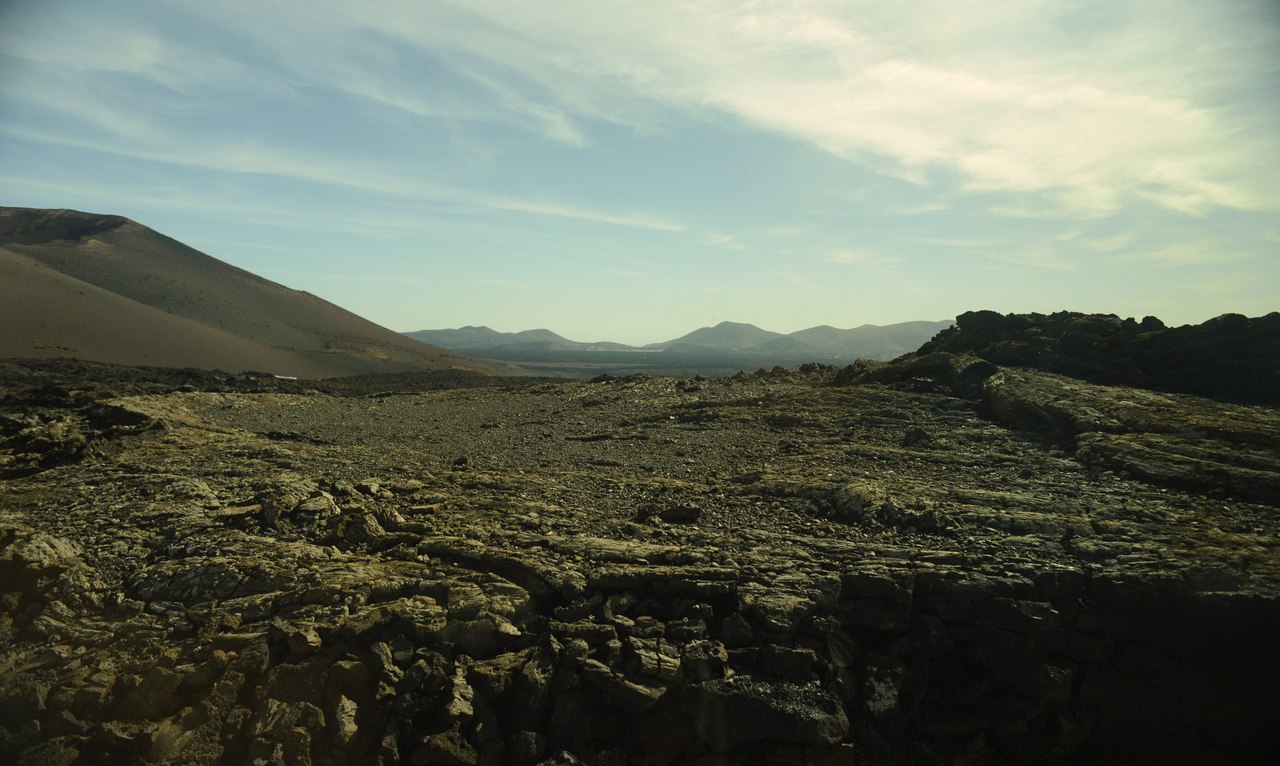 Our next stop is the famous volcano Teide on Tenerife. The road to the volcano lies through pine forests and goes above the clouds. Here we’ve found a Canarian pine, the oldest tree on the island. We’ve heard that only 9 persons and a little kid can embrace this giant tree. And we did it, even without a kid. Also we’ve learned how to collect paddle cacti. Small spines may hurt your hands, but if you are careful with them you can get a juicy sweet pulp. 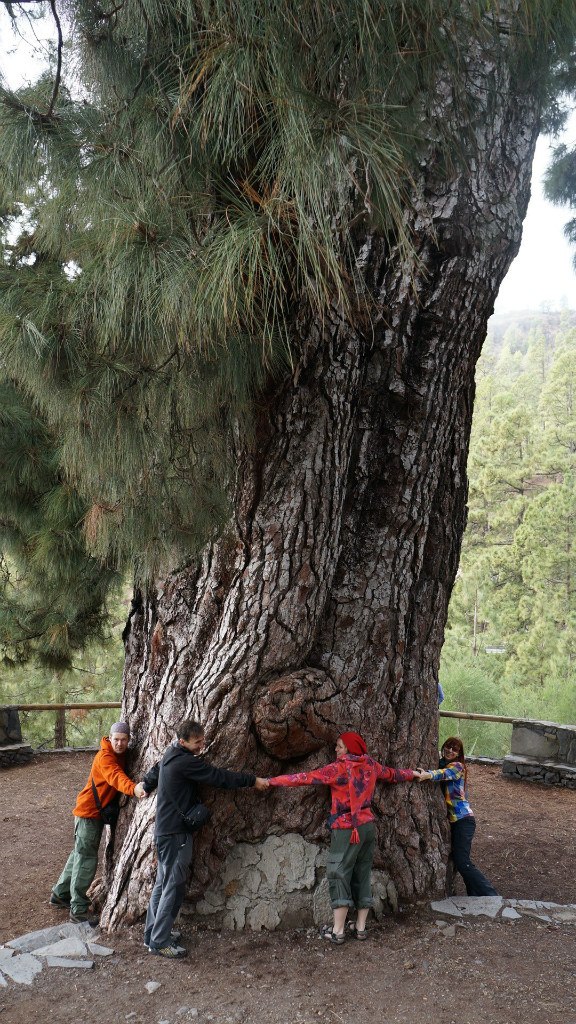 The ropeway to the Teide was closed because of the strong wind, so we admired this volcano from the below. By the way , the best view on it you may find on the neighboring island, La Gomera: it seems that snowy peak is floating above clouds. Native joke that La Gomera was created just for this great view on Teide.

On La Gomera we’ve decided to celebrate the New Year with firtree and dance until dawn at the main square of the town. 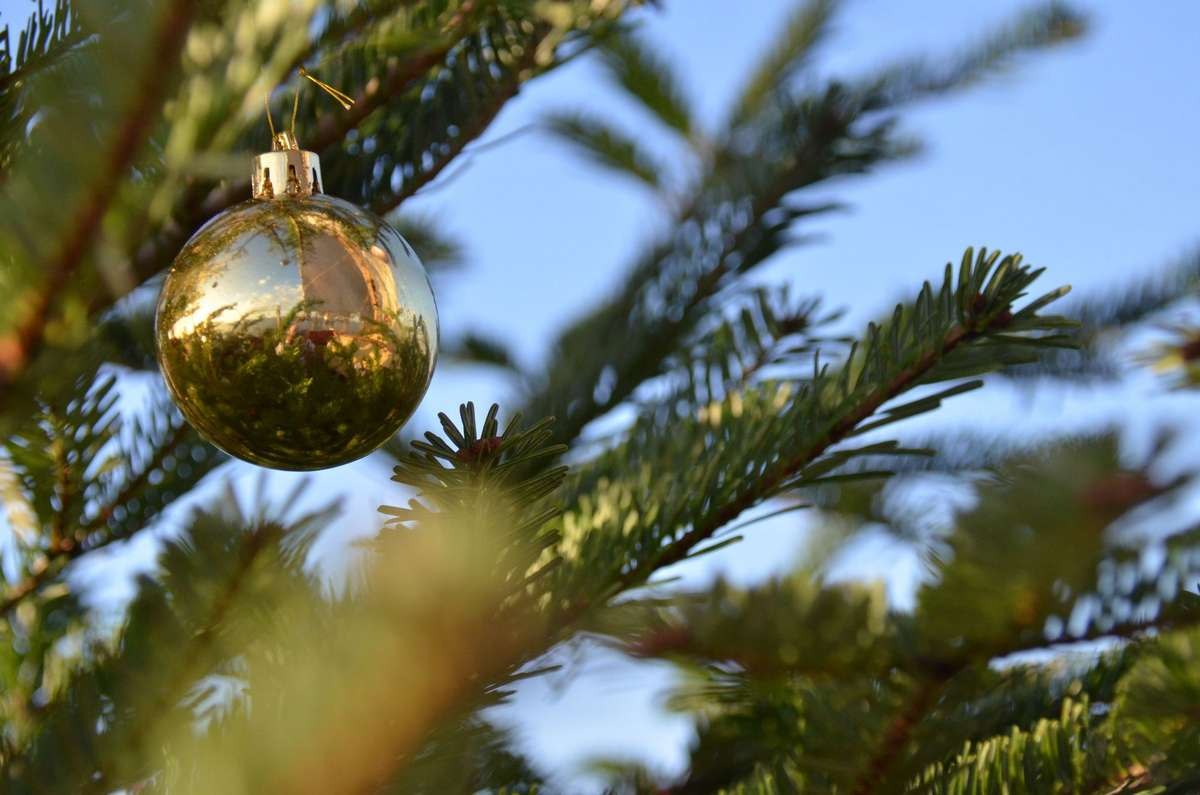 By the way, after the holidays the firtree was planted on the bottom near the Fuerteventura Island, where the rout of the «Yellow Submarine» lies – from its board a lot of tourists may take a look at the underwater world of Canary Islands. .

The ship had visited Gran Canaria: the crew wandered streets of Las Palmas, the largest city in the archipelago. 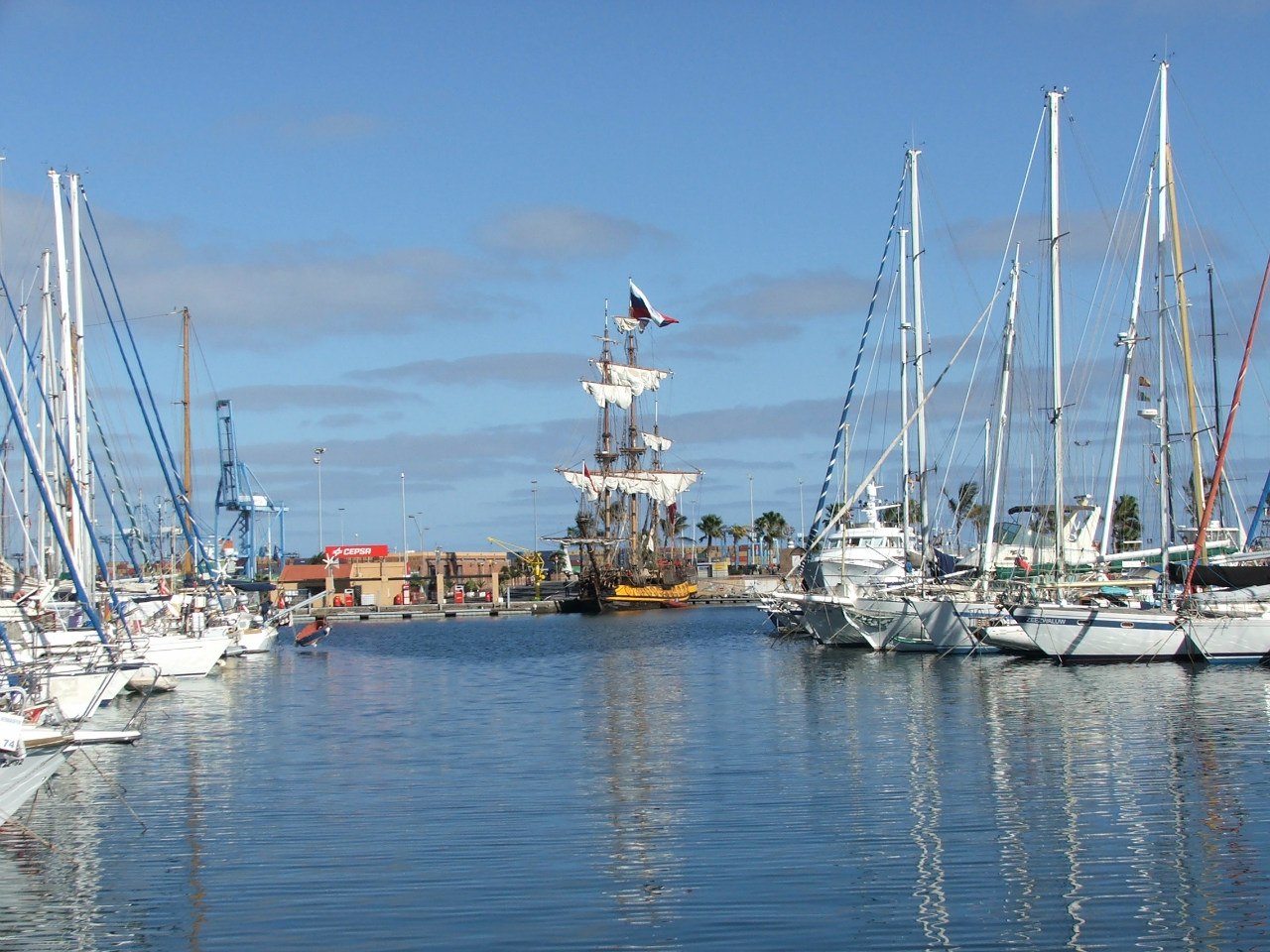 For a lot of people who’ve participated in the first part of our Canarian adventures it was the first time on the ship. Some of them plan to come back again.

-  The most important thing for me – it is to realize the existence of the ship, - tells us Michael Svarichevsky, one of the participators of the voyage. – I’ve heard about the idea to build «Standart» when I was a student, it seemed unfeasible, we thought that these guys want to create something incredible. But now I know that impossible is nothing! 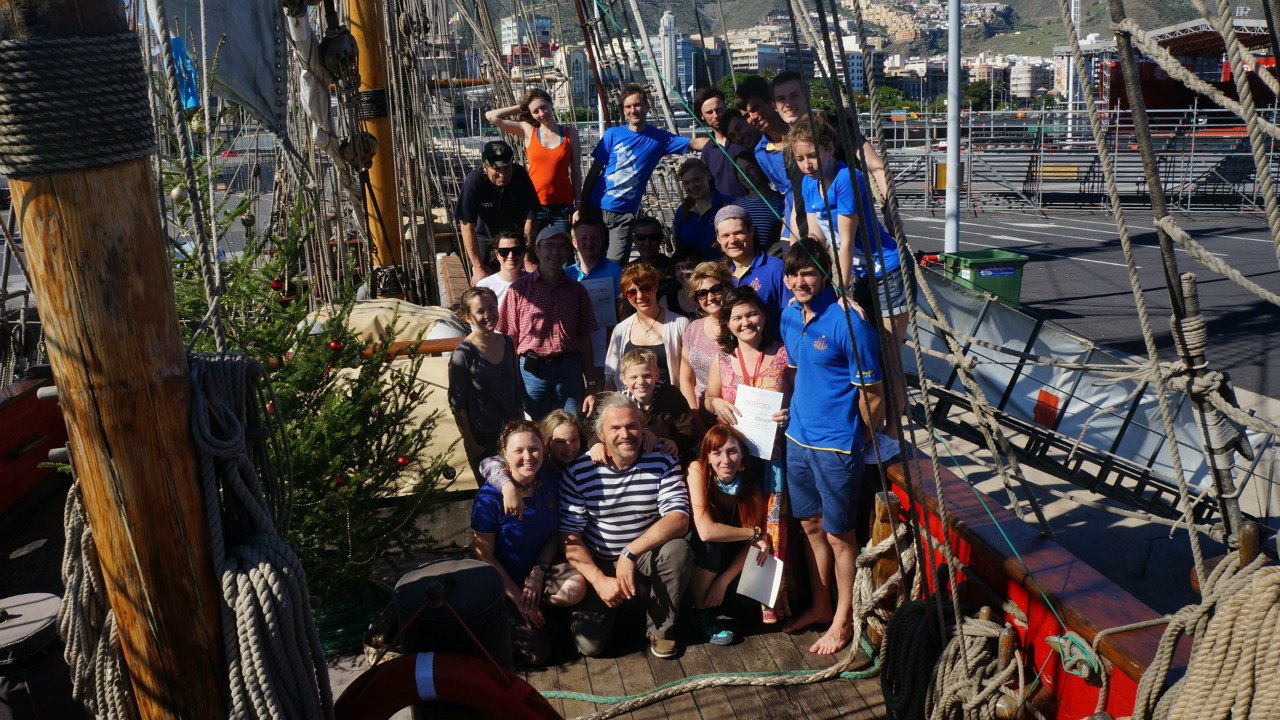 Now our team has stopped in Santa Cruz de Tenerife. Adventure has just begun! In our plans is to visit La Palma Island and pay more attention to the Canary Islands.