Shtandart at festival «The Sea Calls»!

From 24 to 27 April 2018 St. Petersburg is hosting the jubilee XV International Maritime And Adventure Film Festival «The Sea Calls!». Traditionally films about Shtandart participate in movie screenings, and in 2015 the film «(Atlantic) Ocean's Eighteen» was awarded a special prize for director’s work.

Dina spent a year and a half on board Standart after winning the competition for the vacancy of a media-crew.

Here's what she tells about her life on board:

«The trip to Standard was my first independent trip outside Russia. I was scared to death. I was afraid I would get lost or would not be accepted by the crew, or my professional skills would be not enough to work, or I even would be attacked, robbed and I would never come back home. I spent about a year and a half on board the ship, and it was one of the best adventures of my life. Actually, none of my fears came true.

One day I was sitting on the fordeck, thinking, and suddenly a chill horror ran down my back: "God Gracious, what would have happened to me if I had succumbed to fear and stayed ashore? A job in which I see no point. Watching TV to distract myself from the thought that I'm living my life for nothing." 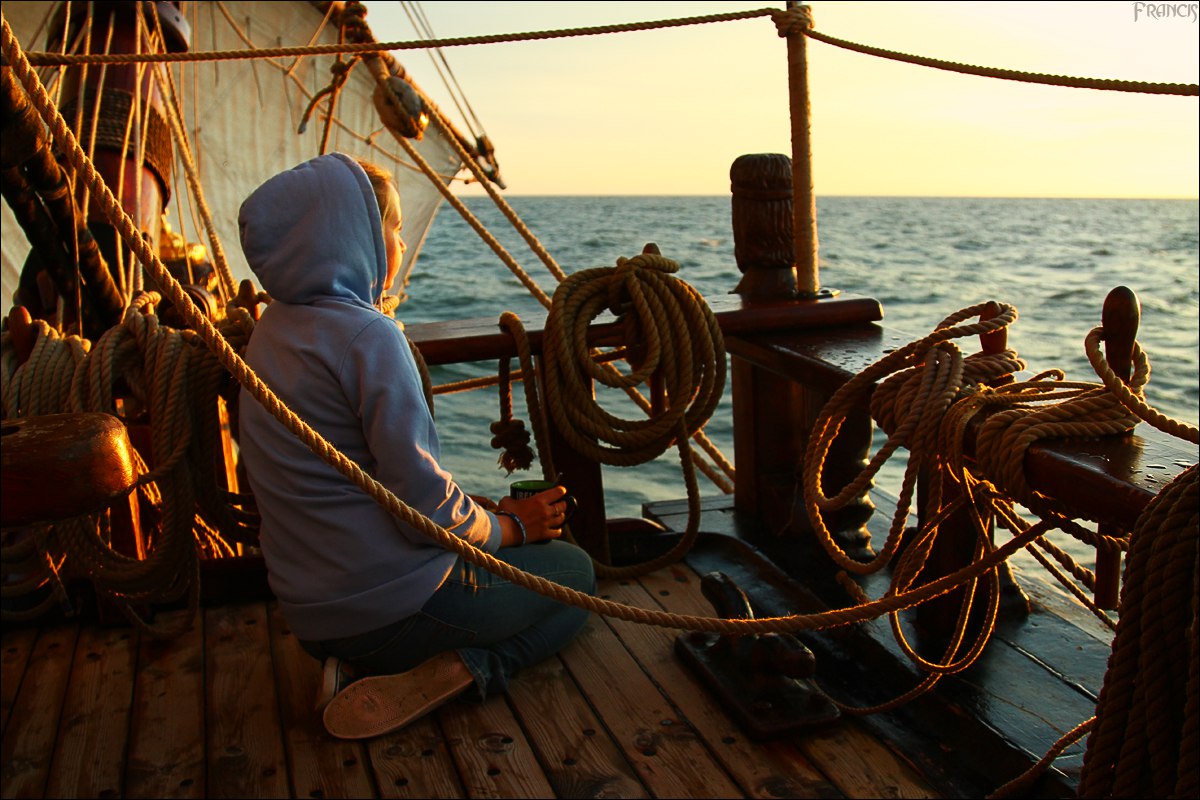 Before I came to Shtandart, I worked as a picture editor and an assistant director on Russian information TV channel "Rossiya 24", and TV channel "Strana". All I did was ONLY video editing.

When I stepped aboard the ship, it immediately became clear to me: I had to develop here. I became a producer - I came up with the formats of video and agreed with people about the shooting; a correspondent - I took syncs and interviews; a director- I chose the people’s utterances, selected music, found with interesting shots; an operator and a technician — I worked with the all equipment as well. I did so many different things: general editing, sound editing, picture editing, posting on YouTube channel, answering comments...

And all those during motions, with daily rises by 8 a.m., with commands like "Ease the main mast foreside sheet!" taking into consideration that of all that phrase I could only recognize the word "foreside" and still not completely. Are you kidding me? Away from loved ones, on the high seas, in the unfamiliar to me world of sailing ships? But for Captain and the professional crew I couldn't have done it. To the best of their knowledge and capabilities everyone helped me. Nastya carried the tripod, Mitya worked on the camera, Udmurt gave me a GoPro, Seryoga fastened the camera, Masha listened to my whining, Brother Michael floated ideas, Captain лузе an eye on the general concept, the dynamics of the video and directing.

One day I prepared the sync, turned on the camera, fastened the lavalier to the interviewer’s clothes and then suddenly realized that he was speaking English. I myself knew very little English. Well… Sign language is our all:)

Or, for example, for half a day I had been taking video footage but when I opened the flash drive to copy the video to my laptop and found it empty. So I spent late afternoon and half the evening with an unfamiliar Frenchman on trips around La Rochelle searching for his wife's brother, who helped restore the data.

At the very beginning of my work on the ship my GoPro fell overboard. It had a float, so it didn't sank but we had to get it! Professional crew reacted with lightning speed: "Captain, GoPro overboard. May I have the permission to lower the boat?!" Mitya shouted. "Granted!" Captain replied. Then we were altogether watching in the video how Udmurt, with a look of pleasure on his face, was pulling out the camera from the water.» 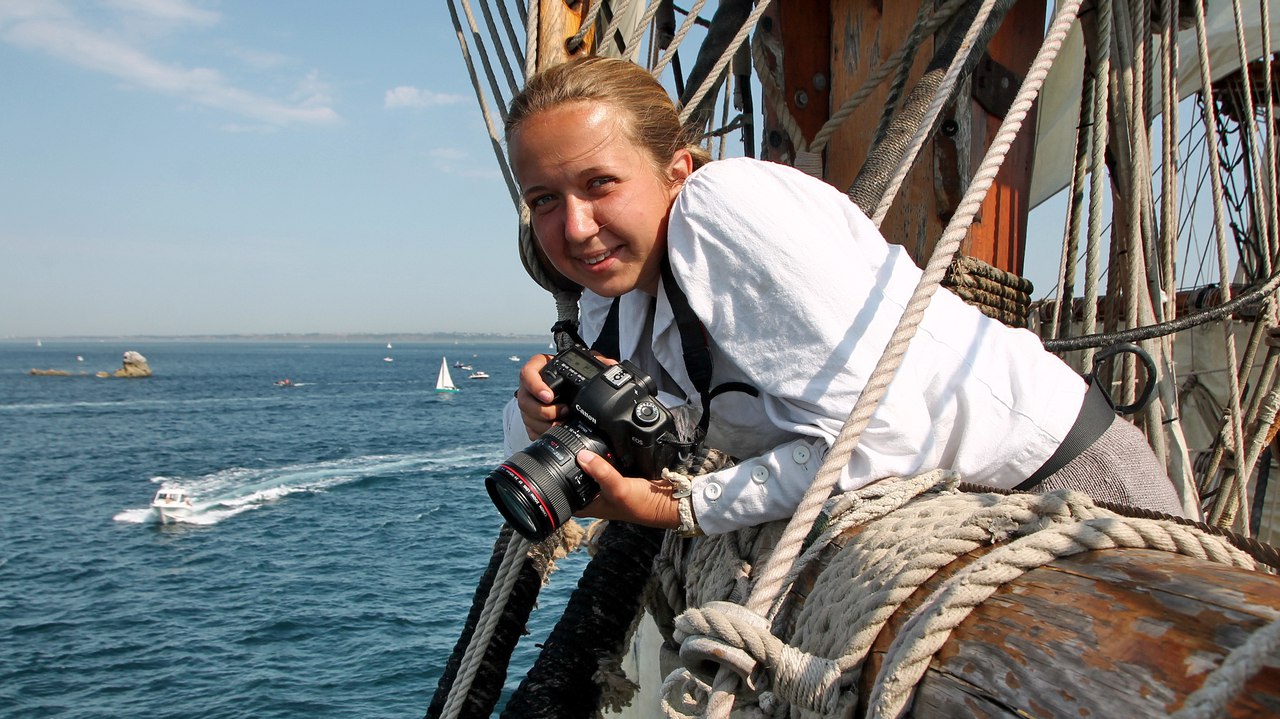 We would really like to thank Dina for the wonderful videos, we wish her further growth and development and always wait for her onboard! 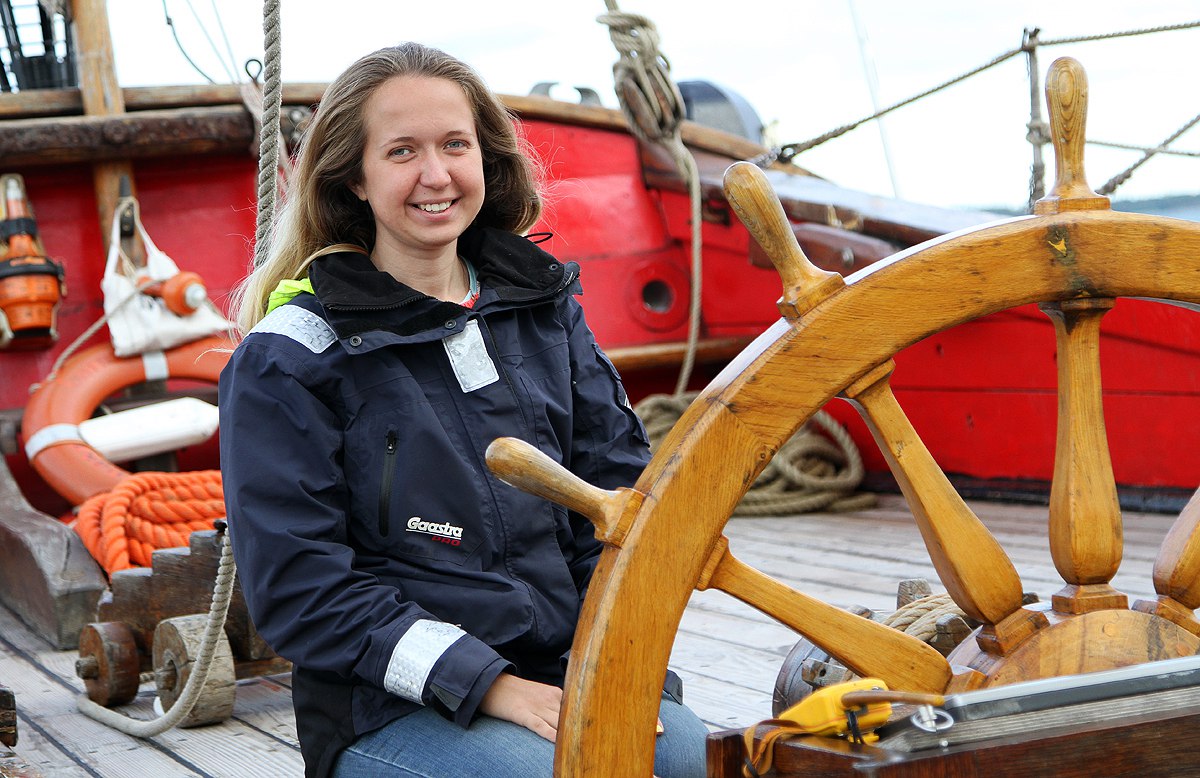 The Festival’s founder and director @id59203357 (Sergey Vyacheslavovich Aprelev) wrote very hearty words about us on their website:

«Such an academic presentation of material on matters of the sea and sailing, in particular, stands in a pleasant contrast with the series of enchanting sketches on the dashing life of frigate Shtandart driven by her creator and all-time Captain Vladimir Martus.

For many years brilliantly representing St. Petersburg abroad, gaining the world fame and a lot of prestigious prizes, and the most importantly – continuing active work with young people who are in love with the sea, this historic sailing ship is unable to return to her hometown due to some bureaucratic circumstances. I am sure that a lot of money which is spent by the city on the annual rent of Swedish brig Tre Kronor for celebrating "Scarlet Sails" would cover all the technical and legal costs of registration issues, and the famous replica of Peter the Great’s Shtandart would become the main character of the Neva sailing evolution again!»

These ones and other videos and movies can be also found on our YouTube channel!

«15 Children Without Gadgets At Sea»:
https://www.youtube.com/watch?v=ZofNfimRnhQ&t=20s