The 20th anniversary of Shtandart

On September 4, 2019 the frigate Shtandart, a historic sailing ship built by enthusiasts from St. Petersburg in 1999, celebrates the 20th anniversary of its launch. All this time the wooden ship, being a copy of the first military frigate built by Peter the Great in 1703 on the Baltic Sea, is an active sail training ship.

Shtandart sails at long range with a crew of trainees and volunteers on board, giving everyone the opportunity to feel the emotive power and difficulties of sailing trips, to find like-minded people and get fids of new skills.

Every summer the Russian-flagged frigate takes part in the regattas of large sailing ships and sailing festivals, organizes youth and children's training trips and carries out its own volunteer program. In Saint-Petersburg there is a training shipyard of wooden shipbuilding with a fleet of captain's gigs, which are used to go to sea under oars and under sail, as well as to train Russian and  in sailing and rowing.

The elegance, beauty and warmth of hand-made wooden ships often attract the attention of creative people, that's why Shtandart and other boats often take part in documentary and feature film shootings, and talented photo- and videographers sail with us.

For the anniversary of the ship we plan to collect the best photos of the 20-year history of the project, as well as make topic sections (for example, about lighthouses). Currently we are looking for bright and modern spaces for photo exhibitions, film screenings and presentations of the project. We are open to all your ideas and suggestions.

“Fifteen men on the dead man's chest— ...Yo-ho-ho, and a bottle of rum!” - These words from the sailor's song, which Robert Louis Stevenson composed for his famous novel Treasure Island, rang again over the Atlantic Ocean. Eighteen volunteers from different countries went to sea on a 18th century wooden sailing frigate, the frigate Standard, 130 years after the novel was published. 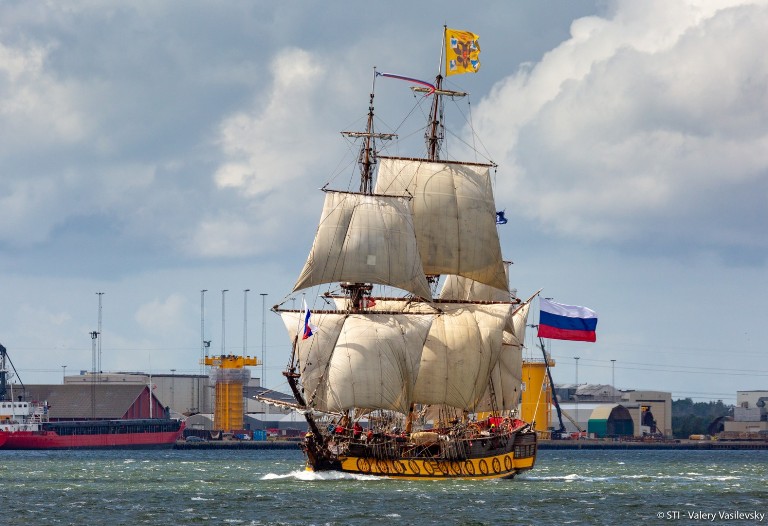 The ship is a perfect copy of the first ship of the Baltic Navy built by Peter the Great in 1703. Permanent participant of the Scarlet Sails Graduates Show and international festivals. On September 4 the frigate Shtandart, built by enthusiasts in 1999, will celebrate the 20th anniversary of successful trips. 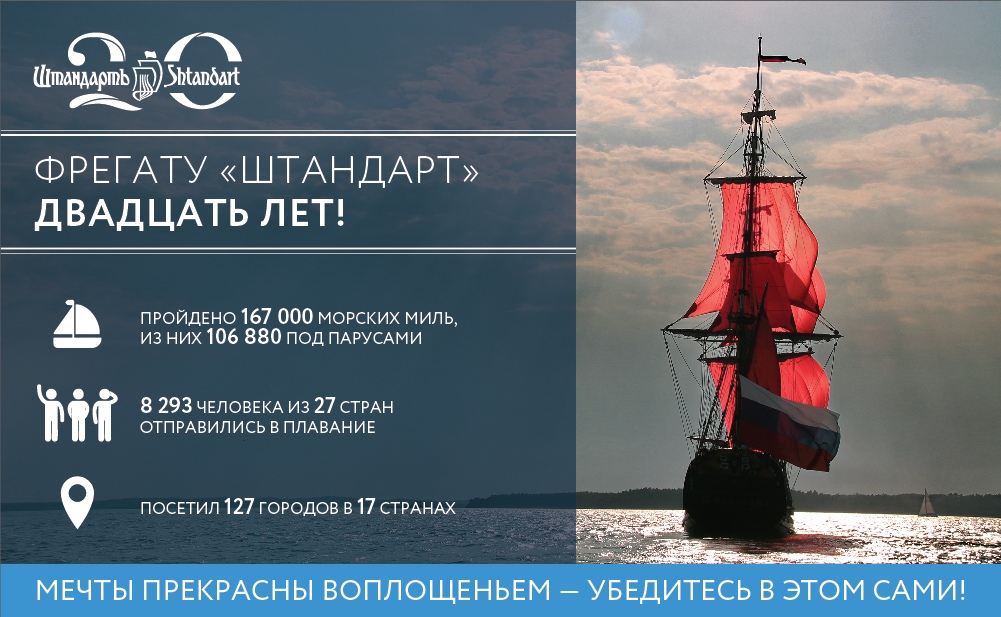